SYLVIA FINE: THE WOMAN BEHIND THE JESTER 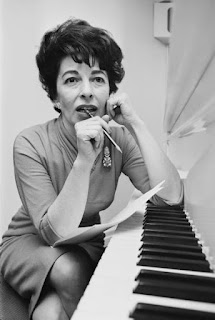 From an early age, Sylvia Fine was determined to have a career in the theater business. Extremely gifted and hard working, she started her formal musical training at Brooklyn College at age fifteen. There she studied piano, composition, and general music. Fine was heavily involved in the production of revues and musicals, composing music and lyrics for songs, directing scenes, and playing piano. After graduating in 1933 at age twenty, she spent subsequent years working, often for free, for revues and musicals in New York City.

Although she rarely gave public performances from the 1940s through the end of her life, Sylvia Fine was an accomplished pianist. The early part of her career was a mix of performing and writing for off-Broadway revues. She was often tasked with both coaching the cast in rehearsal and playing for performances. She continued to perform after the 1940s, but only for special events such as charity fundraisers and her PBS show Musical Comedy Tonight.

In April of 1939, Sylvia Fine’s career path changed when she and Danny Kaye worked together on the musical revue Sunday Night Varieties—Fine composing music and playing piano, Kaye serving as a company actor. The show had financial and structural problems causing it to only run for three of its four scheduled performances. However, it marked the beginning of a performance duo that succeeded in nearly every area of the entertainment industry. 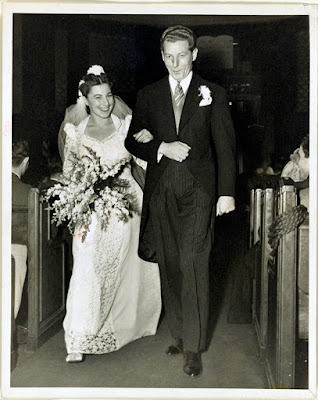 Most of Fine’s music was written with Danny Kaye’s unique talents in mind and this early example was one of the lasting successes. Kaye first performed the song, “Anatole of Paris,” about an eccentric milliner who makes outlandish hats for women in 1939 at Camp Tamiment. Soon after, it became the song that closed his act at the nightclub La Martinique in New York City. The song wove its way through his various stage shows, studio recordings, and was even featured in the Samuel Goldwyn film The Secret Life of Walter Mitty (1947).

Danny Kaye and Sylvia Fine first met in a professional setting while working for musical revues; soon after their friendship quickly moved beyond a working relationship. On January 3, 1940, they were married during a vacation in Fort Lauderdale, Florida, just after they closed performances of The Straw Hat Revue in New York. Three years later, Kaye and Fine held a formal wedding in New York City on February 1943 for friends and family. Danny Kaye and Sylvia Fine had only one child, Dena Kaye, born December 17, 1946. Kaye often referred to Dena in his television and stage shows, which allowed him to connect to the audience using a personal story. In the early 1950s, Kaye and Fine created a production company—Dena Productions—named after their daughter. This company co-produced his films and television shows thereafter. 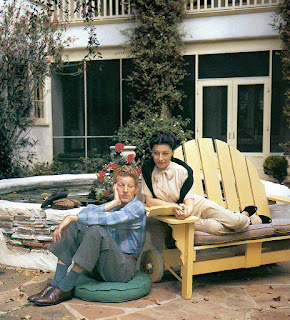 In addition to writing material for Kaye, she also wrote music for two Otto Preminger films: The Moon is Blue (1953) and The Man with the Golden Arm (1955). The Man with the Golden Arm was a departure for Fine who generally wrote music for comedic performance. The film, starring Frank Sinatra, Eleanor Parker, and Kim Novak, was a drama telling the story of a heroine addict’s struggles after being released from prison.

In addition to being a composer, lyricist, and producer, Sylvia Fine was also a scholar of the history of musical theater. In 1972 Fine taught a class on the subject, as a guest lecturer, at the University of Southern California. She later taught a similar course at Yale University. After these engagements, she used her research to create a 1979 PBS special, Musical Comedy Tonight. The show, a history of musical comedy, was narrated by Fine and included live performances by Broadway stars of scenes from musical productions. The special was such a success that two more shows were produced, in 1981 and 1985.

Sylvia Fine Kaye died of emphysema at the age of 78 in her Manhattan apartment in 1991. In the last three years of her life, she had been writing an autobiography, Fine and Danny, about her life with Kaye for Knopf Books .Danny Kaye died of heart failure on March 3, 1987, aged 76, brought on by internal bleeding and complications of hepatitis C. Kaye had quadruple bypass heart surgery in February 1983; he contracted hepatitis C from a blood transfusion... 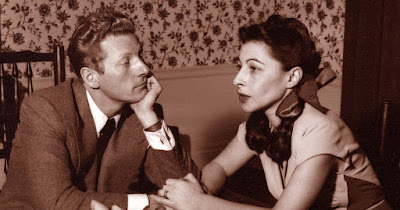