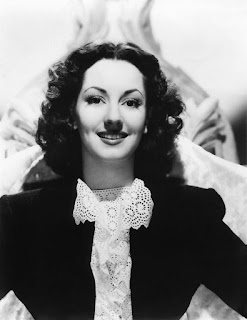 MGM often boasted that they had "more stars than there are in the heavens' and they were truly right. However for every Judy Garland or Gene Kelly that they had at the studio, they also had "smaller stars" that might night have shined as bright as the others, but nevertheless were worth watching. Singer and actress Virginia O'Brien was one of those stars. Born in 1919, O'Brien might not be remember much 100 years later, but she really added a lot to film musicals of the 1940s.

O'Brien primarily performed in comedic roles during the height of her formal film career. This was in part due to her intentionally humorous singing style, which involved her singing in a deadpan manner, with no facial expressions and very little movement– reportedly she stumbled upon this "gimmick" by accident during a stage show when she became virtually paralyzed with stage fright before singing a number in the Los Angeles stage production Meet the People. The audience found the performance to be hilarious and she was soon hired to repeat this performance in a number of movies beginning in 1940, for which she gained the nicknames "Frozen Face" and "Miss Ice Glacier" amongst others. When she wasn't singing, her acting style was just as emotive as other actresses, and she didn't always employ her gimmick when singing, as evidenced by her performance in the excerpt from Show Boat in the 1946 film Till the Clouds Roll By. She made her Broadway debut in the short-lived musical Keep Off The Grass with Jimmy Durante, and recorded four of the songs for Columbia Records. She also recorded several sides for Decca Records, including two of her signature songs – "The Wild, Wild West" and "Say We're Sweethearts Again." 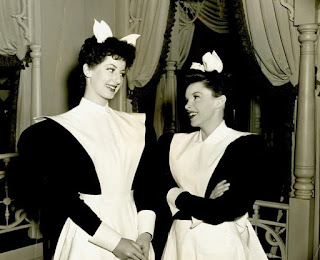 Among the films she appeared in during her time at MGM were The Big Store (1941) with the Marx Brothers, Lady Be Good (1941) and Ship Ahoy (1942) with Eleanor Powell and Red Skelton, Thousands Cheer (in which she endured ribbing from Mickey Rooney about her singing style), Du Barry Was a Lady (with Skelton and Lucille Ball), the film version of Meet the People with Dick Powell, and The Harvey Girls (with Judy Garland). During the filming of Harvey Girls, Virginia got pregnant with one of her children, and as a result she disappeared from the movie halfway through the film. Only fans of Virginia would know she was gone!

After appearing once again with Red Skelton in 1947's Merton of the Movies, and after a guest appearance the following year in the short Musical Merry-Go-Round, O'Brien was suddenly dropped from her MGM film contract and she moved into television and back to live performances. 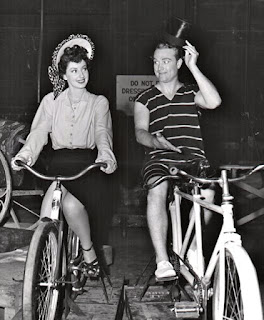 She made two film appearances after this: Francis in the Navy (1955) and a brief appearance in the 1976 Walt Disney Studios comedy, Gus. She was among the stars in a 1972 nostalgia revue entitled The Big Show of 1928 with Allan Jones, Cass Daley, Beatrice Kay and Sally Rand, which toured the country and played New York's Madison Square Garden. In 1984, she created a cabaret act, "Virginia O'Brien Salutes the Great MGM Musicals", which was recorded at the Masquer's Club in Hollywood, and is currently available on CD. She continued to perform well into the 1990s with both her one-woman show and a production of Show Boat co-starring Alan Young, and also headlined The Fabulous Palm Springs Follies.

She died aged 81 at the Motion Picture Home in Woodland Hills, California from natural causes. She is buried at the Forest Lawn Memorial Park in Glendale, California.She is survived by three daughters, Terri O'Brien, Liz Watkins and Gale Evans; a son, John Feggo; seven grandchildren; and two great-grandchildren... 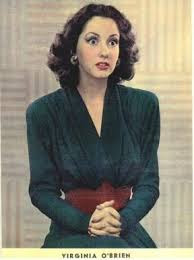