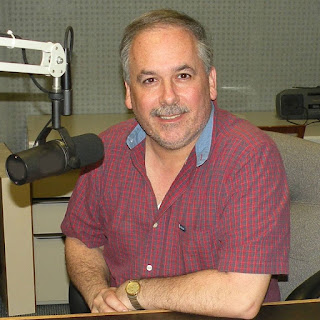 Surrounded by shelves containing vintage recordings and a desk filled with various radio broadcasting apparatus, Craig Roberts gestured toward a stack of 78RPM records, “there sits some rare Ella Fitzgerald recordings for our 100th birthday tribute to the Queen of Jazz!”, he said with obvious pride. Roberts, who says his age is “the same as Jack Benny- perpetually 39!” has been collecting rare and vintage big band, swing and early jazz recordings for over 40 years. He recently brought together a group of other fans of music of the swing era to form the ‘Swing & Big Band Preservation Society’, and launched the non-profit organization’s web site called ‘Swing Street Radio’ (www.SwingStreetRadio.org). “These recordings were quickly being lost to time and had to be preserved”, explained Roberts. “So far, we have assembled over 15,000 rare and vintage recordings from the big band era, and are in the process of digitizing, restoring and preserving this great music for future generations.”

As a young boy, Roberts loved to visit his grandmother’s home, where he ventured into his father’s childhood bedroom to discover a collection of 78RPM records. “I played them hours on end. I literally grew up listening to Benny Goodman, Frank Sinatra, Billie Holiday and vocal groups like the Mills Brothers.” As a young adult, Roberts followed his passion into radio, where he has served as a program director, talk show host and engineer in the San Francisco Bay Area for some 39 years.

The eventual marriage of Craig’s passion for radio and love of big band and swing music seemed inevitable. “My first job in radio, I anchored live coverage of city council meetings. During the breaks, I would play Glenn Miller tunes to fill the time” explained Roberts. “Soon after, I was given a weekly time slot to showcase this wonderful music.” Early in his career, Roberts worked with Artie Shaw, Tex Beneke and Maxine Andrews of the Andrews Sisters. He produced San Francisco big band leader Del Courtney’s New Year’s Eve show for CBS Radio.


“There is an entire generation that knows nothing about the tremendous role early jazz and swing music contributed to the morale of the Allied Forces and their families back home during the Second World War, and how the music of that period continues to impact popular music to this very day” says Roberts. “Our goal is to not only preserve and promote this great music to new generations, but to foster appreciation for the ‘trail blazers’ of the period.” Roberts considers the big band era ‘the golden age of popular music’.

All of the original big band artists heard on Swing Street Radio come from the organization’s carefully restored digital copies of fragile 78RPM records, or rare radio station transcriptions. “We are fortunate to have several career broadcasters involved in our efforts, so we not only maintain professional quality in our programming, but enjoy some outstanding radio voices as well”, said Roberts who hosts ‘Swing Street Ballroom’ each week on the station. 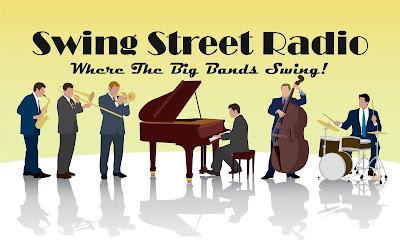 Posted by David Lobosco at 7:36 AM