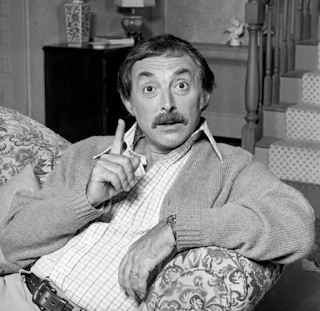 Bill Macy, who played the frustrated husband Walter Findlay opposite Bea Arthur on the hit 1970s sitcom Maude, has died. He was 97.

Macy, who also portrayed Sy Benson, the head writer of a 1950s sketch comedy show, in the classic My Favorite Year (1982), died Thursday night in Los Angeles at 7:13 p.m. local time, producer and manager Matt Beckoff told The Hollywood Reporter. He had been a great character actor for over 40 years.

Born May 18, 1922 in Revere, Mass., Macy was raised in Brooklyn and attended Samuel J. Tilden High School. He drove a taxi for a decade to make ends meet, and in 1958, he landed a role on Broadway as the understudy to Walter Matthau in Once More, With Feeling, also starring Joseph Cotten. 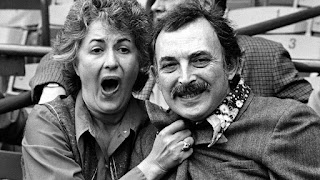 In a 1998 interview with the Archive of American Television, Lear said that he "first saw Bill Macy choking on a chicken bone in an off-Broadway play…it took seven minutes; it was a tour de force." The producer brought him out to Hollywood, where he got a few lines as a cop on an episode of All in the Family and then the life-changing Maude role. 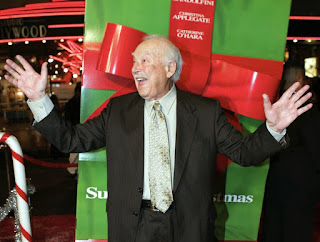 My Favorite Year was executive produced by Mel Brooks, who based the film on his experiences as a writer on Sid Caesar's Your Show of Shows. Several characters in the movie were modeled after real people, so a case could be made that Macy played a version of head writer Mel Tolkin.

Survivors include his wife since 1975, actress Samantha Harper, a regular on another Lear show, Mary Hartman, Mary Hartman. They met in the late '60s when both were in the original Broadway production of the zesty Oh! Calcutta! 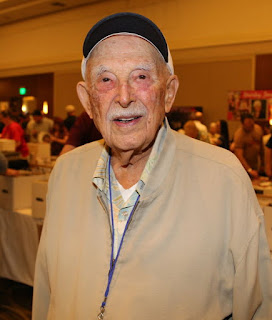 Posted by David Lobosco at 9:52 AM