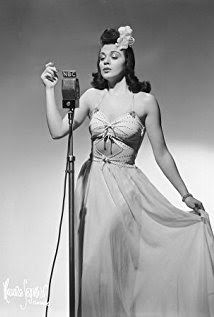 While she was best known for her wistfully romantic 1954 chart-topper “Little Things Mean a Lot,” singer Kitty Kallen had previously enjoyed a long and distinguished career as a swing-era, big band vocalist.

A gifted child with an expressive voice, Kallen had her own radio show on Philadelphia‘s WCAU at age 11 and within a few years, when she was just 14, was featured as a vocalist for bandleader Jan Savit. By 16, she had graduated to a spot with the great clarinetist Artie Shaw.

Billed as “Pretty Kitty” Kallen, she was far more than just easy on the eyes. As a band vocalist, Kallen was compelled to hold her own against the best girl singers in the business, giants like Ella Fitzgerald, Helen Forrest and Anita O’Day, and demonstrated more than a few times that she had the pipes and chops to compete. Her resume included stints with the biggest and most artistically progressive units in the field: Jimmy Dorsey, Jack Teagarden, Harry James and Shaw, with whom she recorded a highly regarded version of the steamy standard “My Heart Belongs to Daddy.” Replacing Helen O’Connell in Dorsey’s aggregation, Kallen’s arresting vocals propelled his 1944 version of “Besame Mucho” to No. 1 on the pop chart.

By the early 1950s, the heyday of the great swing bands was ending and Kallen concentrated on radio and nightclub work. She was sidelined temporarily in the early '50s when her voice gave out but, but by 1954 Kallen’s throat and drive were again in top condition. Recording for Decca, her “Little Things Mean a Lot” was a smash that Billboard magazine designated as the year’s top disk, and ably characterizes Kallen’s impressive, and graceful, transition from classic big band swing to modern post-war pop. 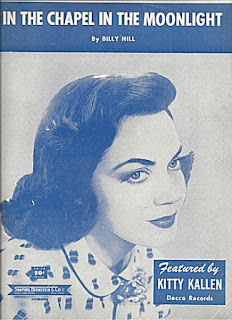 Her first marriage, to Clint Garvin, a clarinetist in Teagarden’s band, was annulled. In 1947, at the Copacabana in New York, Frank Sinatra’s first wife, Nancy, introduced Ms. Kallen to Budd Granoff, a press agent who represented Sinatra, Jimmy Durante, Dean Martin, Jerry Lewis, Doris Day and many other entertainers. Mr. Granoff was instantly smitten and told a companion that he had just met the girl he would marry. They did marry, in 1948, and Mr. Granoff soon gave up his other clients to manage Ms. Kallen’s career full time.

The couple and Jonathan, their only child, lived most of the time in Englewood, except for a few years in the Los Angeles area, when Mr. Granoff worked in television. Jonathan Granoff said he was 12 or so before he realized that not everyone’s mother sang on “The Ed Sullivan Show” or had strange, loud, funny friends like Carl Reiner, Mel Brooks and Zero Mostel.

She went on to spend five “lost” years “in the clutches of psychoanalysts,” she told The American Weekly in 1960. One therapist urged divorce (she refused) and dragged her back through painful childhood memories of her mother’s death and of being called homely and nicknamed Monkey. 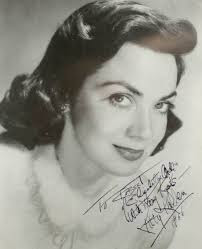 Another therapist, she said, thought everything was based on sex and had an office full of “strange contraptions.” Expected to undress for psychotherapy sessions, she quit. Yet another talked mostly about himself but also counseled divorce, she said. A fourth hypnotized her.

Finally, in 1959, she began to recover — no thanks, she said, to her therapists. The turning point came when her son, then 11, found her weeping over her mother-in-law’s death and tried to comfort her by saying that everything was in God’s hands. It was what she needed to hear, she said. Those words inspired a new degree of religious faith and enabled her to return to work. She retired in the mid-1960s.

At some point after retirement, her son said, several women in different parts of the country tried to pass themselves off as Kitty Kallen, showing up to sing at retirement homes and other places. His father, he said, would call them and say: “Stop it. You’re crazy,” but they were incorrigible. 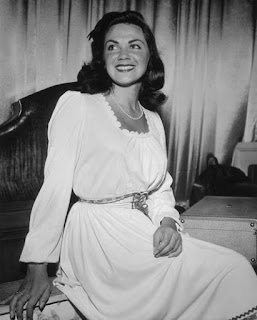 In 1978, Ms. Kallen and her family were startled to hear reports of her death. One of her impersonators had checked into a hospital in a Los Angeles suburb and died there. The hospital announced Kitty Kallen’s death, and the news spread.

Frank Sinatra called to offer his condolences, Mr. Granoff recalled. His father said: “She’s here. She’s just sleeping.” But Sinatra would not desist until his father finally put Ms. Kallen on the phone.

In 2009, Kallen was inducted into the Hit Parade Hall of Fame.

Kallen died on January 7, 2016 at her home in Cuernavaca, Mexico, at the age of 94. The beautiful songbird was survived by her son, her three grandsons, and millions of fans... 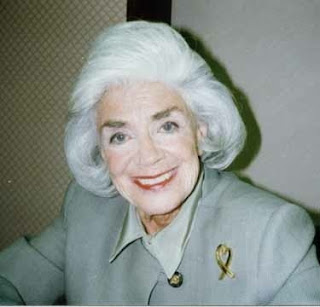 Posted by David Lobosco at 1:22 PM