One of my favorite times of the year is Halloween. I love everything about the holiday, especially I love the Halloween movies. One of the best of the classic movie horror stars was Boris Karloff. A lot of people love his acting but don't know too much about the man... 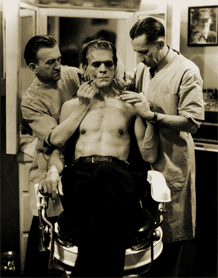 1. No one really thought Frankenstein would be such a success and the studio never imagined that Karloff would emerge as its star. Another British actor, Colin (“It’s alive! It’s alive!”) Clive got top billing as Dr. Frankenstein – remember, Frankenstein is the creator, not the monster. Second billing went to the literal bride of Frankenstein, Mae Clarke, perhaps most well-known for being on the receiving end of James Cagney’s grapefruit in Public Enemy. The opening credits don’t even list Karloff’s name, just a question mark, a promotion gimmick certainly, but one the studio probably would not have used with a more famous actor.

2. There was no bad blood between Boris Karloff and Bela Lugosi. Daughter Sara Karloff told an interviewer that rumors of a rivalry between Karloff and Lugosi were simply untrue. The two worked together on many films, she said, and there was no “personal animosity or professional jealousy – that was all studio hype – and it worked – the studios fed on that, and it made for good box office.” 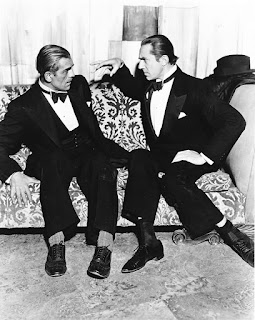 3. Boris Karloff was one of the founding members of the Screen Actor’s Guild. Karloff’s legendary performance in Frankenstein was also a grueling one, said Museum of the Moving Image curator David Schwartz. Although the role made his career, the hours of makeup were brutal and made him realize how important safe working conditions were to actors – leading him to become one of the founders of the Screen Actors Guild, said Schwartz.

4. Boris Karloff loved cricket and gardening – and all things British. Although he left England for Canada in 1909, he never gave up his British citizenship. He did, however, shed his name, perhaps to shield his family from the disdain they feared from having an actor in the family. Publicly, Karloff said that Pratt seemed like an unfortunate name for an actor, suggesting pratfalls.

5. Boris Karloff’s favorite actor was George Kennedy.When she was asked who her father’s favorite actors were, Sarah Karloff said the only performer whose craft he’d ever specifically mentioned to her was veteran American actor George Kennedy, who’s been in more 200 movies and TV shows and who won an Oscar for his performance in Cool Hand Luke... 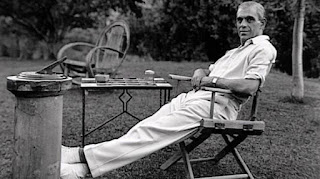