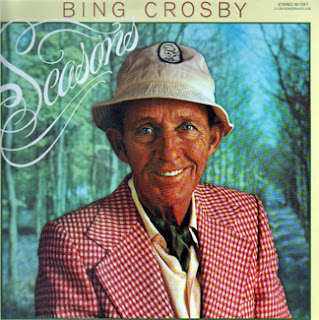 Bing Crosby died 41 years ago today. It is amazing how the years are passing by. To commemorate this sad day, I wanted to take a look at Bing's final original album he recorded. It was a fitting end to a mammoth career. Seasons is a 1977 vinyl album by Bing Crosby which was issued by Polydor Records under catalogue No. 2442 151. The album is particularly significant in that it was the final studio album completed before Crosby's death on October 14, 1977; it was released posthumously, and was marketed with the tagline "The Closing Chapter". Crosby was backed by Pete Moore and his Orchestra and the Johnny Evans Singers. Moore also did all the arrangements for the album, which was recorded at CBS Studios, Whitfield Street, London on September 12,13 & 14 1977 - except for one song "Spring Will Be a Little Late This Year" which was recorded at United Western Recorders, Sunset Boulevard, Hollywood on January 19, 1976. This song was also produced by Ken Barnes and arranged by Pete Moore.

The album entered the UK album charts in December 1977 and remained there for seven weeks with a peak position of #25.

Variety commented: "If it were merely that this is the last recording Bing Crosby ever made, it would be more than enough reason to run and buy it. But it also happens to be a marvelous representation of the later Crosby years."

Billboard reviewed it and said: "This album is billed as the last commercial recording by the beloved crooner, who died one month after recording these tracks. This is a concept album in that it contains 12 songs which either deal with a specific time of the year or more generally on the passing of time. Excellent mix of rousing sing-along numbers like “June Is Bustin’ Out All Over” and “Sleigh Ride” (which feature some high-stepping female background singers) with more sophisticated, elusive melodies like “Autumn in New York." 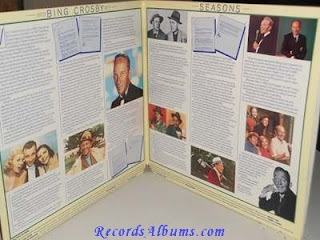 All of the songs we well sung. I think Bing could have picked a better song to record than the ancient "In The Good Old Summertime", but the marjority of the songs are spot on. My favorite songs are "Seasons" (the title song - written especially for the album) and the fitting "Yesterday When I Was Young". Bing's voice was a little weak on "Autumn In New York", but again it is not a song that needs to be sung powerful.

For the album cover, Bing was supposed to be captured in different seasonal poses, but in typical style Bing came in one day and told the photographer to take a picture as he was. The result again is very fitting. The "Seasons" album is widely available on CD with many special tracks, so I highly recommend this album. It was the end of Bing Crosby's recording career, but it was not the end of the enjoyment he gave to millions of fans... 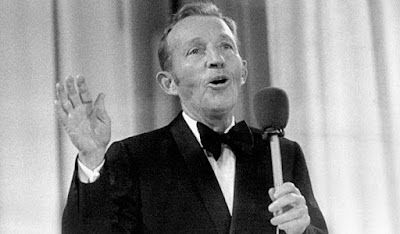