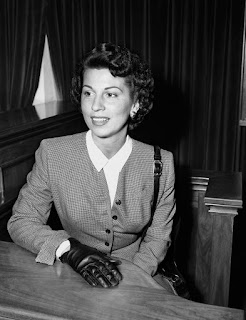 Nancy Sinatra Sr., the first of Frank Sinatra’s four wives and the mother of the legendary singer’s three children, died Friday. She was 101. Sinatra’s daughter, pop singer Nancy Sinatra, who had a 1966 hit with “These Boots Are Made for Walkin’,” confirmed her mother’s death Friday on Twitter and the Sinatra family’s website.

“Our mother was a fighter until the end when her brave, loving heart gave out. She is survived by her sister, her daughters, her grandchildren and her great grandchildren. She made a difference,” Nancy Sinatra Jr. wrote on Twitter on Saturday morning.

My sister and I thank you all for your very thoughtful messages of condolence. Our mother was a fighter until the end when her brave, loving heart gave out. She is survived by her sister, her daughters, her grandchildren and her great grandchildren.

Nancy Sinatra Sr. was 17-year-old Nancy Rose Barbato, the dark-haired daughter of a Jersey City, N.J., plastering contractor, when she met a skinny, 18-year-old fledgling singer from Hoboken in the summer of 1934 while they were both vacationing on the Jersey Shore. 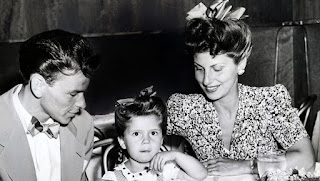 “I was a poor, lonely and discouraged kid when I met her,” Frank Sinatra told American Weekly in 1952. “In Nancy, I found beauty, warmth and understanding.”

They continued dating, and the following summer, he took her to see Bing Crosby at a theater in downtown Jersey City. “Bing had always been his hero,” Nancy recalled in “Frank Sinatra: An American Legend,” her daughter Nancy’s 1995 book. “ ‘Someday,’ he told me on the way home, ‘that’s gonna be me up there.’ ”

Frank and Nancy were married Feb. 4, 1939, in a Catholic church in Jersey City, where they set up housekeeping in a three-room apartment. The frugal young bride bargain-hunted at the grocery store and sewed her own clothes; she once cut up one of her dresses and used the material to make a bow tie for Frank that would match what he planned to wear on a singing job. During their early years, she later said, she made all of his bow ties. As newlyweds, Nancy was working as a $25-a-week secretary and Frank was working as a $25-a-week singing waiter and master of ceremonies at the Rustic Cabin, a roadhouse in Englewood Cliffs, N.J. Several months after the wedding, trumpeter Harry James heard Frank sing and hired him to be the featured male vocalist in his new orchestra. 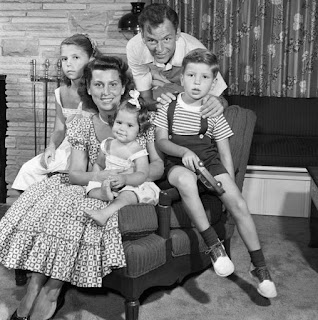 The Sinatras’ marriage, however, was a far cry from the storybook image presented in fan magazines. Frank, whose work frequently took him away from home, was a legendary womanizer, and Nancy reportedly was frequently humiliated by her husband’s flings and affairs, ranging from showgirls to movie stars.


According to Kitty Kelley’s 1986 book, “His Way: The Unauthorized Biography of Frank Sinatra,” press agent George Evans promoted Frank’s image as a happily married family man and did everything he could to break up the singer’s extramarital romances and to keep the Sinatras together. That included, Kelley wrote, slowly transforming Nancy “from a little Italian housewife into an extremely winning woman. Knowing that Frank was fatally attracted to glamour, he wanted Nancy to be able to hold her own.”

He was heavily involved in a high-profile romance with the sophisticated Ava Gardner in 1950 when Nancy filed for separate maintenance against him and asked for custody of their children.

“Unfortunately, my married life with Frank has become most unhappy and almost unbearable,” she said at the time. 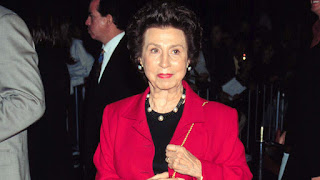 Shortly after the Sinatras were divorced in 1951, Frank married Gardner. In 1966, when Sinatra was 50, he married 21-year-old actress Mia Farrow, though the union was short-lived. He was married to his fourth wife, Barbara, when he died in 1998 at age 82. Nancy never remarried.

Nancy, who was born March 25, 1917, has been described in the press as having remained “remarkably loyal” to her ex-husband. In his later life, according to a 1998 story in the Atlanta Journal-Constitution, Frank was welcome in Nancy’s home, and he was known to drop by at odd hours, stoke the fire in the fireplace and fall asleep on the sofa. And as the 20th-century music icon became progressively more ill in the year before his death, Nancy reportedly visited him several times.

Their son, Frank Sinatra Jr., died in 2016. Nancy Sinatra Sr. is survived by her sister, her daughters and various grandchildren and great-grandchildren... 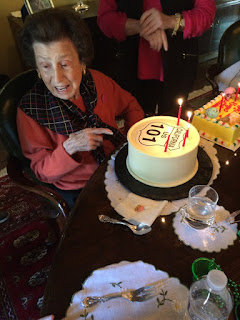