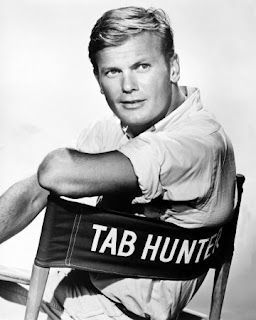 Tab Hunter, the chiseled 1950s heartthrob who portrayed Joe Hardy in the Damn Yankees! movie, had a No. 1 record and starred in two outlandish films with the drag queen Divine, has died. He was 86.

Hunter died Sunday night in Santa Barbara from a blood clot that caused a heart attack, Allan Glaser, his romantic partner of more than three decades, told The Hollywood Reporter, describing his death as "unexpected and sudden."

After decades of silence, the leading man confirmed long-standing rumors about his homosexuality in his autobiography, Tab Hunter Confidential: The Making of a Movie Star, published in 2005.

With his Malibu-style, boy-next-door looks and stage name dreamed up by Henry Willson — the agent for Rock Hudson as well — the blondish Hunter was a constant presence on the front of fan and teen magazines in his heyday. (A photo of him with him bare-chested was used as the cover of the 2000 book Shirtless! The Hollywood Male Physique.) 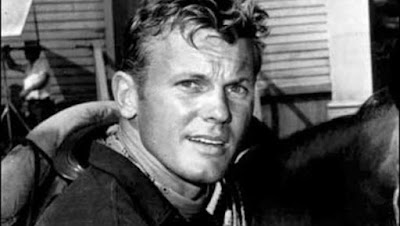 After Hunter beat out James Dean and Paul Newman to portray a young Marine in Raoul Walsh's Battle Cry (1955), Warner Bros. picked up his option and signed him to a seven-year contract, and he appeared in The Girl He Left Behind (1956) and Burning Hills (1956).

Studio head Jack Warner then purchased the film rights to the Tony-winning Broadway musical Damn Yankees! (1958) for Hunter to star in as Washington Senators slugger Hardy. He replaced Stephen Douglass as the lone principal actor who did not make the transition from the stage. 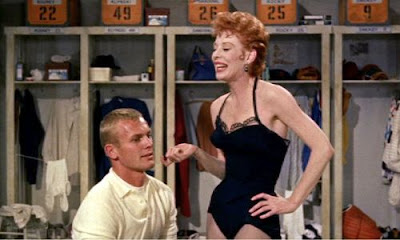 In The New York Times, critic Bosley Crowther wrote: "Tab Hunter may not have the larynx that Stephen Douglass had as the original hero, but he has the clean, naive look of a lad breaking into the big leagues and into the magical company of a first-rate star. He is really appealing with Miss [Gwen] Verdon in the boogie-woogie ballet, "Two Lost Souls," which is done in a smoky, soft-lit setting and is the dandiest dance number in the film."

In a similar athletic vein, Hunter played troubled Boston Red Sox outfielder Jimmy Piersall on a 1955 episode of the CBS anthology series Climax! Like the 1957 movie that starred Anthony Perkins, it was based on the ballplayer's memoir, Fear Strikes Out.

Hunter's recording of "Young Love" for Dot Records in 1957 reached No. 1 and stayed there for six weeks, knocking Elvis Presley's "Too Much" out of the top spot and prompting the creation of Warner Bros. Records. (Jack Warner was annoyed that his studio did not have a record company to capitalize on Hunter's vocal skills, so he started one.)

Skewing his surfer-boy image, Hunter played Todd Tomorrow, a dashing owner of a drive-in, opposite Divine in the John Waters black comedy Polyester (1981), which introduced Odorama to theaters via a scratch-and-sniff card. (Among the scents: "Flatulence," "Model Building Glue" and "Smelly Shoes.") 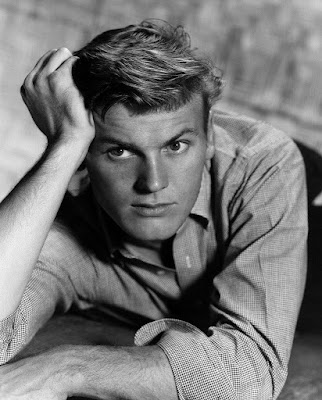 He was born Arthur Andrew Kelm on July 11, 1931, in New York City. When he was young, his family moved to California, where his natural athleticism flourished, and he became an avid horseman.

At 15, he enlisted in the Coast Guard, lying about his age. Following the service, he was introduced by actor Dick Clayton to Willson, who decided that his birth name did not have the right commercial ring and that the actor needed a new "tab" (slang for "name" at the time).

"I never mentioned my sexuality to Warner Bros. at all, and they never mentioned it to me, thank God," Hunter told Feinberg. He did have a serious relationship with Perkins, however. 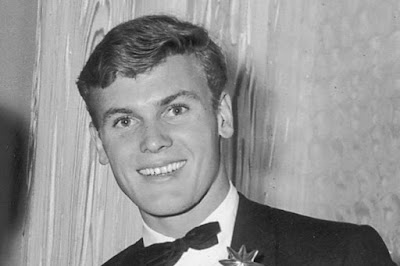 Hunter starred for a season (1960-61) on NBC's The Tab Hunter Show, playing a bachelor cartoonist who lives in Malibu. (Future Community actor Richard Erdman played a playboy and his best friend.)

He starred in such films as That Kind of Woman (1959), Operation Bikini (1963) and Man With Two Faces (1964), but then the countercultural '60s had arrived, and Hunter's teen-idol image went out of fashion. Long hair and rebellion were in, epitomized by anti-establishment stars like Dennis Hopper and Jack Nicholson.

Yet Hunter rode with the cultural wave instead of against it, seeking out balmy, offbeat projects. He co-starred in a mordant satire of the funeral industry, The Loved One (1965), with such loony luminati as Liberace and Jonathan Winters. 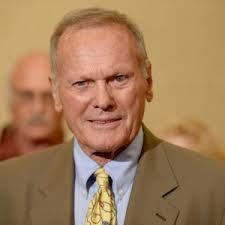 He played the substitute teacher Mr. Stuart in Grease 2 (1982) and a decade later penned the story for Dark Horse (1992), which starred Ed Begley Jr. and Mimi Rogers in a story about a spoiled girl who goes to a horse ranch.

A feature documentary about him, also titled Tab Hunter Confidential, was released in 2015 and produced by Glaser.

"If I had come out during my acting career in the 1950s, I would not have had a career," Hunter said in an October 2017 interview. "Not much in Hollywood has changed in 60 years. I really didn't talk about my sexuality until I wrote my autobiography.

"My film career had long since been over by then. I believe one's sexuality is one's own business. I really don't go around discussing it. Call me 'old school' on that topic."

Posted by David Lobosco at 9:50 AM