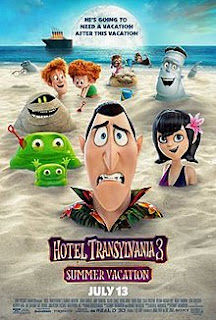 I am a big movie fan so I like old and new movies. I think some of what is coming out of Hollywood is trash these days but some recent movies are quite good. One actor I never liked was Adam Sandler. Some of his early work was mildy amusing, but I'm not a big fan of a 50 year old acting like he is 20. With that being said, I took my daughter to see Hotel Translyvania 3 for a daddy/daughter day. I loved the movie, and even though Dracula is voiced by Adam Sandler, I forgot it was him!

Taking place a few months after the events of the previous film, the story centers on Dracula, Mavis, Johnny, and the rest of their family, both human and monster, and friends as they take a vacation on a luxury Monster Cruise Ship. Dracula becomes attracted to the ship's mysterious captain Ericka, the great-granddaughter of Abraham Van Helsing, the notorious monster slayer and Dracula's ancient archenemy. 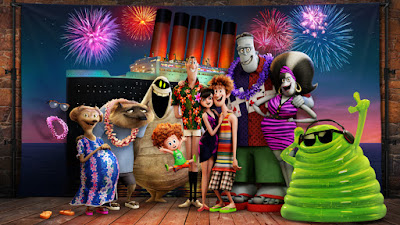 The night before I went to see this movie with my daughter, I watched 2017's IT on HBO, so I think I was in the mood for a mindless and innocent film. The movie is very family friendly, and it was released on Friday July 13th to an audience that obviously wants to see more from this franchise since the movie had the second biggest opening of the three films.

The plot is simple: Dracula (Sandler) is looking for love. Frankenstein (Kevin James) is trying not to lose an arm and a leg (literally) at the casino, and Mel Brooks is back as Dracula's elderly father. I wish there was more Mel Brooks in the film. All in all, it's a great movie, and my daughter loved the movie. With popcorn and fruit punch, our daddy-daughter Sunday was a great success! Thanks Adam Sandler... 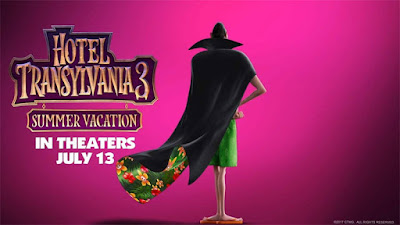 Posted by David Lobosco at 6:35 AM