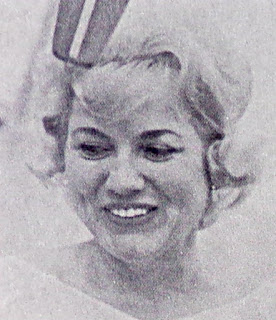 Gloria Wood was born on September 8, 1923 in Medford, Massachusetts, USA into a musical family. Her father was Robert E. Wood, a Boston radio singer in the 1920's, who with wife Gertrude Anderson-Wood, were the influence which pushed Gloria into singing, straight out of high school in 1941. Gloria's sister, Donna Wood, who sang with both The Horace Heidt Orchestra and The Kay Kyser Orchestra, sadly passed away in 1947 of a heart ailment at just 29 years old.


In 1958 Time Magazine wrote: The most pervasive voice in radio or television belongs neither to Bing Crosby nor Perry Como, but to a pretty, twinkly, auburn-haired girl named Gloria Wood. Blessed with a four-octave range and a gift for mimicry, Gloria can sing high or low, squeaky or sweet, on demand and to order. And the demand for such special talents is tremendous. In just the past three years, Gloria has recorded for more than 2000 singing commercials.

She is the voice of the impish Tinker Bell orbiting around a jar of Peter Pan peanut butter, of Walt Disney's Minnie Mouse, and (on records) of Rudolph the Red-Nosed Reindeer. One firm planned a commercial featuring an eight-year-old boy, a nine-year-old girl, their mother and grandmother. Gloria did all four characters.

With her four-octave range, which she claims matches the eerie range of Peruvian Vocal Acrobat Yma Sumac, she can take off from low C below middle C and soar to C above high C. But this endowment also drives Gloria to despair: nobody wants to hear her sing straight. Her mother, a pop singer on Boston radio back in the mid-'20s thrust Gloria into big-band singing straight out of high school in 1941.

Gloria did solid hitches with Horace Heidt and Kay Kyser, in 1953 made a Capitol record called "Hey Bellboy" (its only words), which sold nearly 1000000 copies. The movies have called on her to provide the voice of many a non-singing star. She sang for Marilyn Monroe in "River of No Return", for Vera-Ellen in "White Christmas" "I like making money", she admits. "But I'd like to beknown for all the things I've done. Nobody knows Gloria Wood." 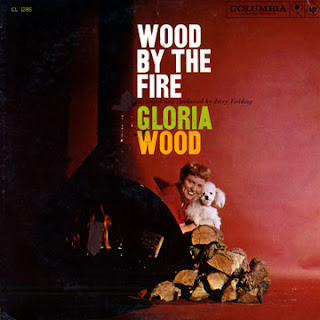 Wood had other solo tracks on Capitol and did a number of sides for other smaller labels such as Mastertone, Coral and Zephyr.In the mid 1950's she did an entire LP of romantic ballads for Columbia. In the late 1950s did a record with Rick Nelson and also headed up a choir featured on a Disney record and was a character voice in a number of advertisements (along with Stan Freberg), and in cartoons and on record albums.

Gloria passed away on March 4, 1995 in Los Angeles, California from complications of Diabetes. At that time, she was known as Gloria Wood-McGeorge. No mention of her career as a vocalist is made on her headstone, it simply says Beloved Wife... 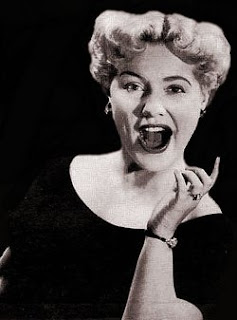