BORN ON THIS DAY: NOEL COWARD 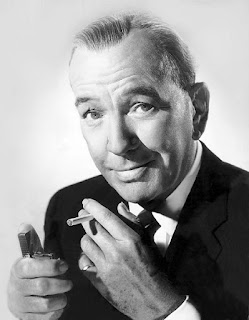 There is so much I have to learn about the genius that was and is Noel Coward. I have known his works for years due to some of his great songs like: "Mad Dogs And Englishmen", and "Someday I'll Find You", but Coward was so much more. Today is a good day to celebrate his life - today would have been Noel Coward's 117th birthday.

Coward was born  on December 16th 1899 in Teddington, Middlesex, a south-western suburb of London. His parents were Arthur Sabin Coward (1856–1937), a piano salesman, and Violet Agnes Coward (1863–1954), daughter of Henry Gordon Veitch, a captain and surveyor in the Royal Navy. Noël Coward was the second of their three sons, the eldest of whom had died in 1898 at the age of six. Coward's father lacked ambition and industry, and family finances were often poor.Coward was bitten by the performing bug early and appeared in amateur concerts by the age of seven. He attended the Chapel Royal Choir School as a young child. He had little formal schooling but was a voracious reader.

Encouraged by his ambitious mother, who sent him to a dance academy in London, Coward's first professional engagement was in January 1911 as Prince Mussel in the children's play The Goldfish.

As a teenager he was introduced into the high society in which most of his plays would be set. Coward achieved enduring success as a playwright, publishing more than 50 plays from his teens onwards. Many of his works, such as Hay Fever, Private Lives, Design for Living, Present Laughter and Blithe Spirit, have remained in the regular theatre repertoire. He composed hundreds of songs, in addition to well over a dozen musical theatre works (including the operetta Bitter Sweet and comic revues), screenplays, poetry, several volumes of short stories, the novel Pomp and Circumstance, and a three-volume autobiography. Coward's stage and film acting and directing career spanned six decades, during which he starred in many of his own works. 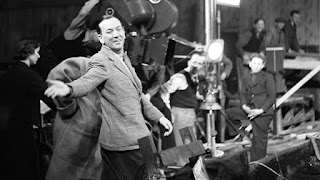 At the outbreak of the Second World War Coward volunteered for war work, running the British propaganda office in Paris. He also worked with the Secret Service, seeking to use his influence to persuade the American public and government to help Britain. Coward won an Academy Honorary Award in 1943 for his naval film drama, In Which We Serve, and was knighted in 1969. In the 1950s he achieved fresh success as a cabaret performer, performing his own songs, such as "Mad Dogs and Englishmen", "London Pride" and "I Went to a Marvellous Party".

His plays and songs achieved new popularity in the 1960s and 1970s, and his work and style continue to influence popular culture. Coward did not publicly acknowledge his homosexuality, but it was discussed candidly after his death by biographers including Graham Payn, his long-time partner, and in Coward's diaries and letters, published posthumously. The former Albery Theatre (originally the New Theatre) in London was renamed the Noël Coward Theatre in his honour in 2006. 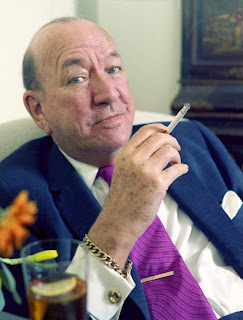 By the end of the 1960s, Coward suffered from arteriosclerosis and, during the run of Suite in Three Keys, he struggled with bouts of memory loss. This also affected his work in The Italian Job, and he retired from acting immediately afterwards. Coward was knighted in 1969 and was elected a fellow of the Royal Society of Literature. He received a Tony Award for lifetime achievement. In 1972, he was awarded an honorary Doctor of Letters degree by the University of Sussex.

Coward died at his home, Firefly Estate, in Jamaica on 26 March 1973 of heart failure and was buried three days later on the brow of Firefly Hill, overlooking the north coast of the island. A memorial service was held in St Martin-in-the-Fields in London on 29 May 1973, for which the Poet Laureate, John Betjeman, wrote and delivered a poem in Coward's honour,  John Gielgud and Laurence Olivier read verse as a final tribute to a brilliant man... 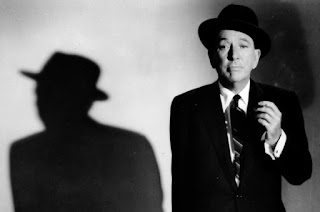 Posted by David Lobosco at 6:07 AM