BORN ON THIS DAY: CONRAD NAGEL 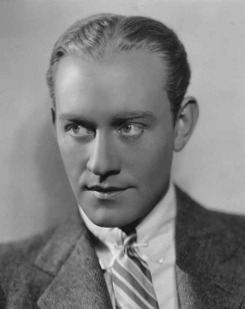 Born on this day in 1897, great character actor Conrad Nagel was born in Keokuk, Iowa, into an upper-middle-class family, he was the son of a musician father, Frank, and a mother, Frances (née Murphy), who was a locally praised singer. Nagel's mother died early in his life, and he always attributed his artistic inclination to growing up in a family environment that encouraged self-expression. His father, Frank, became dean of the music conservatory at Highland Park College and when Nagel was three, the family moved to Des Moines.

After graduating from Highland Park College at Des Moines, Iowa, Nagel left for California to pursue a career in the relatively new medium of motion pictures where he garnered instant attention from the Hollywood studio executives. With his 6-foot-tall (1.8 m) frame, blue eyes, and wavy blond hair; the young, Midwestern Nagel was seen by studio executives as a potentially wholesome matinee idol whose unpretentious all-American charm would surely appeal to the nation's nascent film-goers.
Nagel was immediately cast in film roles that cemented his unspoiled lover image. His first film was the 1918 retelling of the Louisa May Alcott classic, Little Women, which quickly captured the public's attention and set Nagel on a path to silent film stardom. His breakout role came in the 1920 film, The Fighting Chance, opposite Swedish starlet Anna Q. Nilsson.

In 1927, Nagel starred alongside Lon Chaney, Sr., Marceline Day, Henry B. Walthall and Polly Moran in the now lost Tod Browning directed horror film, London After Midnight. The film is quite possibly the most famous lost film ever. 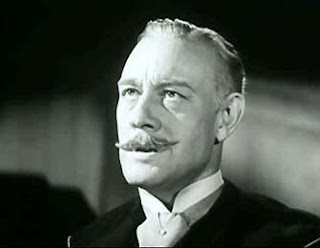 Unlike so many silent films stars of the Roaring Twenties, Conrad Nagel had little difficulty transitioning to talkies and spent the next several decades being very well received in high profile films as a character actor. He was also frequently heard on radio and made many notable appearances on television. From 1937 to 1947 he hosted and directed the radio program Silver Theater. From 1949 to 1952, he hosted the popular TV game show, Celebrity Time and from 1953 to 1954, the DuMont Television Network program Broadway to Hollywood. In 1961 he made a guest appearance on Perry Mason as art collector and murderer Nathan Claver in "The Case of the Torrid Tapestry.

Conrad's last movie was The Man Who Understood Women (1959), and in 1970, Nagel died in New York City at the age of 72, and was cremated at Garden State Crematory in North Bergen, New Jersey. Nagel's remains are interred at the Lutheran Cemetery in Warsaw, Illinois... 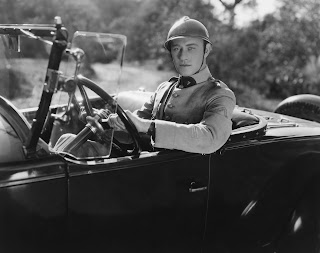