STORY BEHIND THE PHOTO: BOB CROSBY 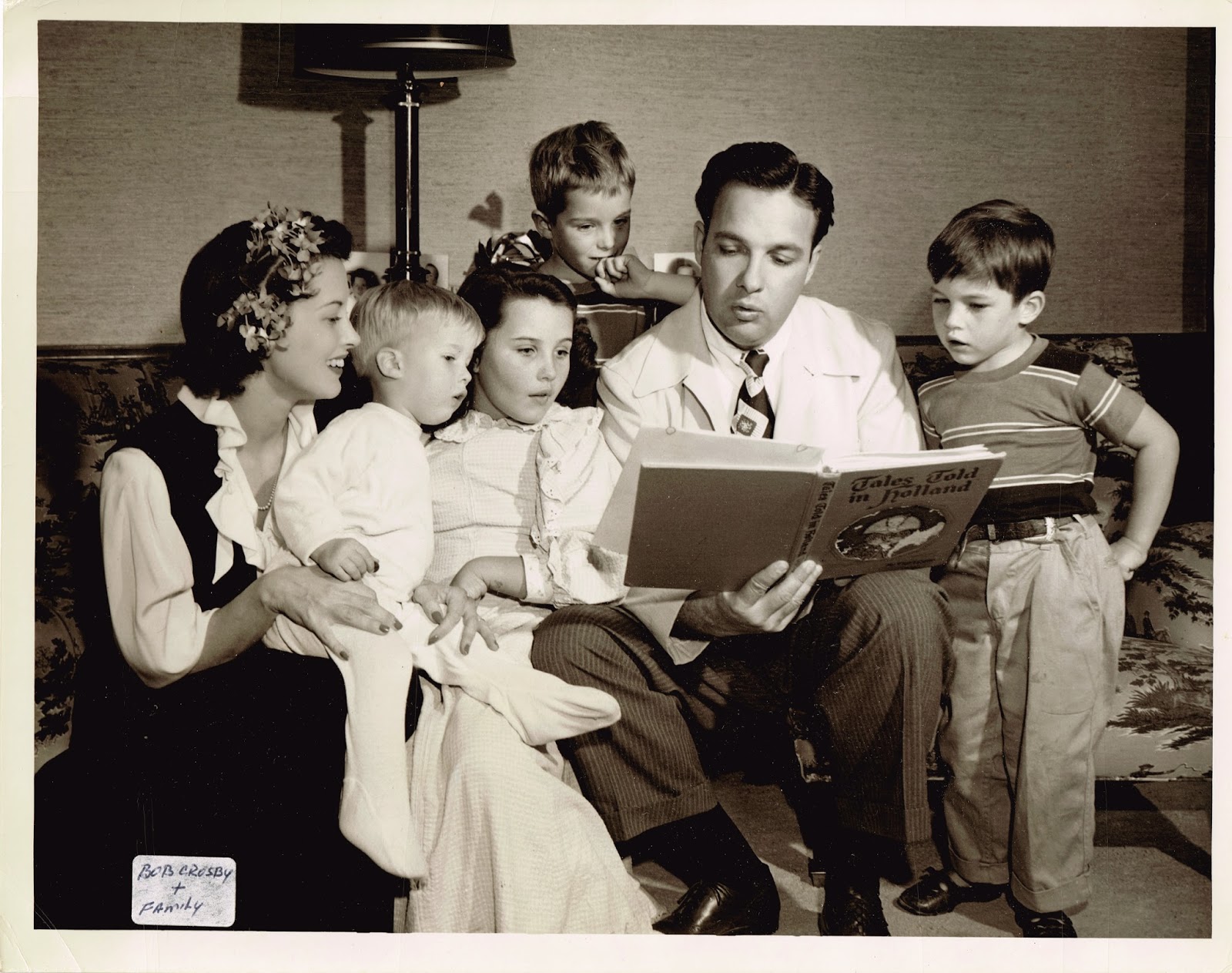 I like this picture of band leader Bob Crosby (1913-1993) and his family. He had three boys and two girls through his marriage to June Kuhn. The couple were married on October 9, 1938 when the bandleader was 25 and June was only 19. It was the second marriage for Crosby. The Crosbys stayed together until the bandleader's death in 1993. The marriage was seemingly happy, but there was a rough patch in the 1950s when the couple talked about divorce, and June was arrested for trying to stab the bandleader.

She tells Beverly Hills police that she grabbed the letter opener to fight him off after he pushed her down during a violent argument. Her husband says she fell when they were struggling over the letter opener.

"We've had family arguments before," the bandleader says. "I guess this one just exploded. She seemed to go into a rage. She was so hysterical. The first thing I knew she came at me with both her fists."

Hopefully this was just a small rough patch of their marriage, and they remained happy for the rest of their lives together...
Posted by David Lobosco at 7:45 AM