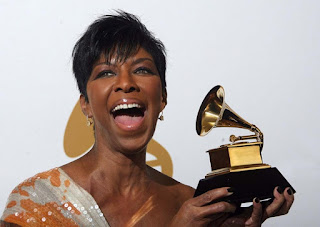 Natalie Cole, the American singer who overcame battles with substance abuse and the long shadow of her famous father to earn worldwide success of her own, has died. She was 65.

Cole died Thursday night at Cedar Sinai Hospital in Los Angeles "due to complications from ongoing health issues," according to a statement from her family.

"It is with heavy hearts that we bring to you all the news of our Mother and sister's passing. Natalie fought a fierce, courageous battle, dying how she lived ... with dignity, strength and honor," her sisters, Timolin and Casey Cole, and son, Robert Yancy, said in the statement. "Our beloved Mother and sister will be greatly missed and remain unforgettable in our hearts forever."

The daughter of Nat "King" Cole built a chart-topping career with hits such as "This Will Be," "Inseparable" and "Our Love." She fought health problems for years and received a kidney transplant in 2009 after developing hepatitis, which she blamed on past intravenous drug use.

Cole won nine Grammy Awards, including Album of the Year and Record of the Year in 1992 for "Unforgettable ... With Love," a virtual duet made with the recordings of her late father.

"We've lost a wonderful, highly cherished artist and our heartfelt condolences go out to Natalie's family, friends, her many collaborators, as well as to all who have been entertained by her exceptional talent," said Neil Portnow, President and CEO of The Recording Academy.

Nat "King" Cole died of lung cancer in 1965 at age 45. Natalie was 15 at the time of her father's death. He was already a star in the music industry, and rose to even greater heights in the 1950s and 1960s, when Natalie was born to the R&B legend and Maria Ellington Cole, a onetime vocalist, who died in 2012 at the age of 89.

Inspired by her father's musical gift, Cole began her own career as an R&B singer but later gravitated toward smooth pop and jazz genres.

Her first album, 1975's "Inseparable," won two Grammys — one for best new artist and one for best female R&B vocal performance for the hit "This Will Be (An Everlasting Love)." 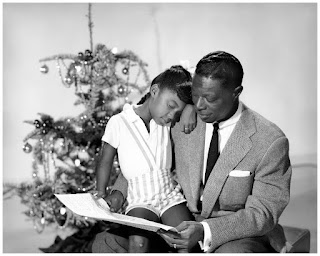 Posted by David Lobosco at 6:09 PM