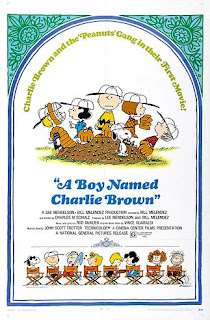 The other night I had the opportunity to re watch one of the saddest movies I have watched in some time, and one movie that has stuck with me through the years. The movie is the 1969 cartoon A Boy Named Charlie Brown. The movie has been important to me, because in my youth I felt like I was a misfit like the main character poor Charlie Brown.

The movie was the first feature film based on the Peanuts comic strip. It was also the final time that Peter Robbins voiced the character of Charlie Brown (Robbins had voiced the role for all the Peanuts television specials up to that point, starting with the debut of the specials, 1965's A Charlie Brown Christmas).

In this film, Charlie Brown, our hero, has finally proved that he can do something right. He wins the spelling bee in his class. All the kids treat him with their usual lack of tact. He studies really hard and wins the championship at his school and gets to go to the "city" to be in the "National Elimination Spelling Bee" I will not spoil the ending.

Vince Guaraldi, the composer of the music for the six previous TV specials, is back for this one. There are new arrangements of the old music, plus several new songs by Rod McKuen. Guaraldi did not do the music for the next feature, Snoopy Come Home (1972) and that film suffers because of this. 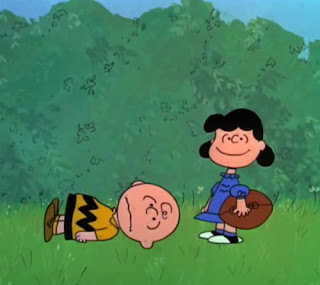 Schroeder has a beautiful salute to Beethoven in this film. While the music plays, we see some beautiful abstract scenes and colors on the screen that look fantastic in Technicolor. Sadly, I have seen this sequence cut from TV showings.

Snoopy has a wonderful sequence while he and Linus are wandering around the city looking for his blanket that he sent with Charlie Brown for good luck. Snoopy discovers an ice skating rink and pretends that he is in a hockey match while he skates around the rink. He also has an encounter with the Red Baron that has some of the same animation that was used in "He's Your Dog, Charlie Brown! on TV. 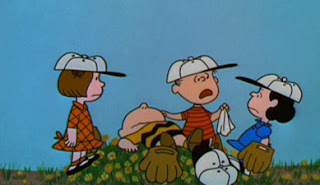 One thing that I like about this film is when the closing credits are rolling, you get to see animated images of most of the principal creators of this film. Their names are on the right side of the screen, and their images appear on the left. Things like that entice me to sit through the credits instead of walking out as soon as they start.

Since I watched the movie, I can not get the title song "A Boy Named Charlie Brown", sung and written by Rod McKuen out of my head. It sets the whole mood for the film in the beginning and the end. The song and the movie basically tells us that there is a little bit of Charlie Brown in all of us. I love the movie despite its melancholy portrayal of Charlie Brown, and even though I am sad for Charlie, I am quite happy by the end of the film. It is a great film for everyone. You're a blockhead if you don't see this one! 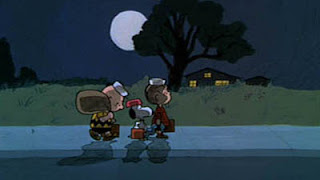