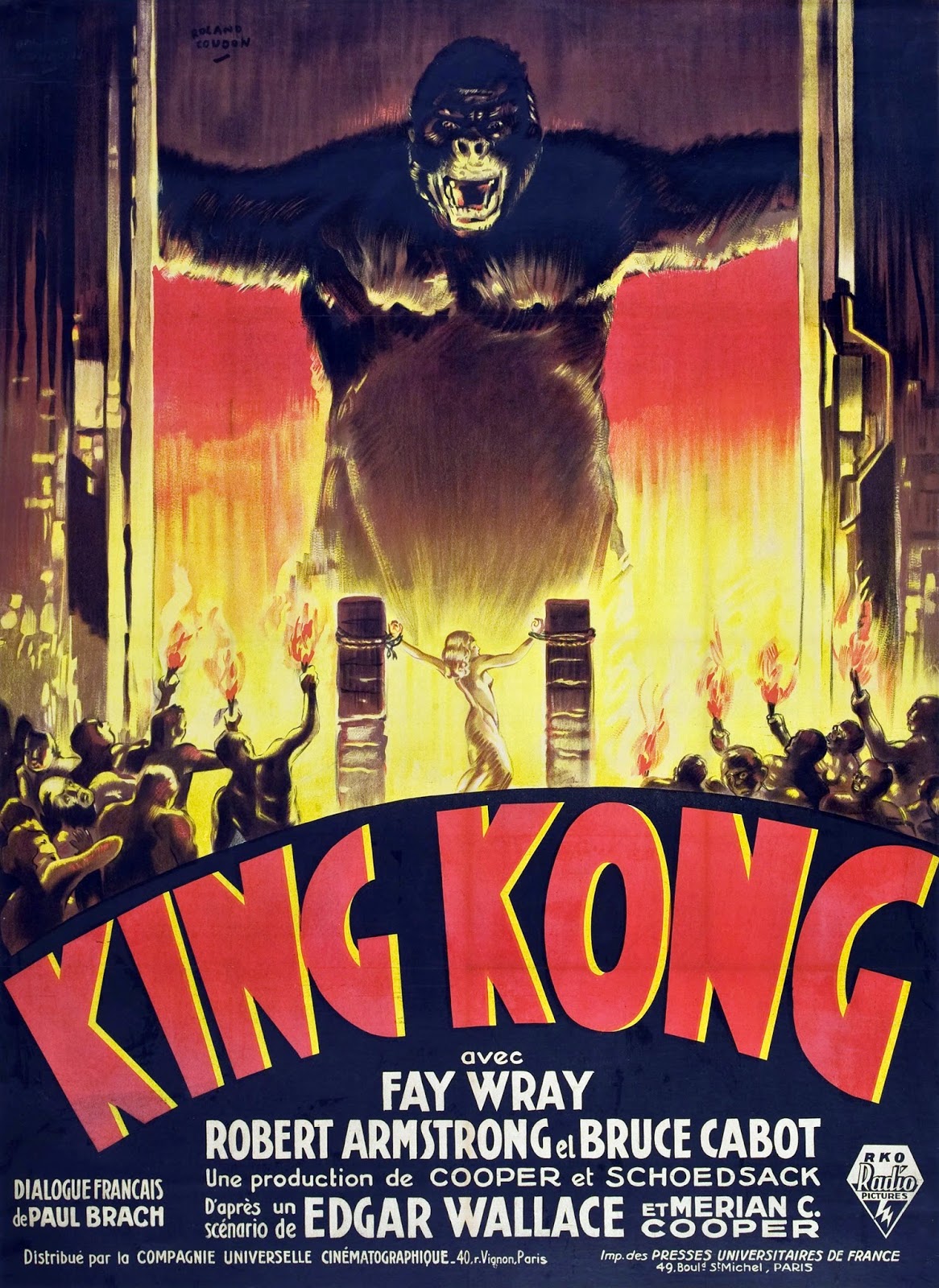 I was born over 40 years after the classic RKO movie King Kong came out, and as a young boy growing up, it scared me as if I was seeing a brand new film on the screen. If you ask any film maker today they will all concur that King Kong was light years ahead of other movies, especially for 1933. The film is as fresh today as it was in 1933, but I do not think it could have been made today. Sure the big budget sequel that director Peter Jackson made in 2005 was great, but the original movie did not have the lavish budget and special effects technology that the remade had. What it did have was black & white, which really gave the movie and eerie look to it with the use of shadows. It also had one of the best actresses ever to grace the silver screen – Fay Wray. Without Wray, King Kong would merely be an angry monkey.

The story is also legendary. The story of King Kong parallels that of Beauty and the Beast where a gruff, monstrous entity risks his life for the woman he loves. Of course, in the 1976 version and the 2005 version, the relationship between Anne Darrow and Kong is much more drawn out, but in the 1933 version, Kong's just a normal ape who falls in love with a girl who was originally supposed to be sacrificed to him. Anne Darrow, portrayed by Fay Wray comes off as a screaming bimbo who doesn't really do anything to make Kong like her. Every time he comes around and picks her up, all she does is scream bloody murder. It's no wonder why some considered Wray a "scream queen". But then again, she is a pretty individual and we don't want to see her in any kind of peril. She's just your typical damsel in distress, something drastically changed about her character in later adaptations. The other characters are fine too, and Anne's love interest is a likely goofball who doesn't seem to admire her at first but comes to admire her as the film unfolds. 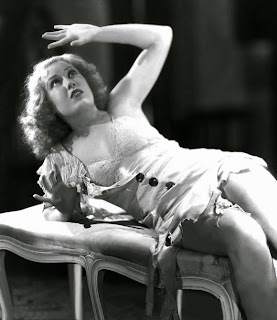 Kong is just an incredibly sight. Every time I see him, a get a good snicker out of him. He's just a normal, wild ape who acts out of instinct and at times doesn't know what to do with himself. But the scene where he's strapped down for all the citizens of New York to see and he gives off that cheesy grin, I just get a funny feeling inside. Maybe Kong is more human than we originally thought. He's willing to do anything to protect Anne and when he climbs the Empire State Building, he's attempting to fight off the planes solely to protect her from any harm. It goes to show that any animal, even animals of extreme height and weigh have emotions and in their own ways, motivations. This of course was elaborated on in the various remakes, but I think the original gets the point across more. Kong may seem like a threat to the citizens of New York, but deep down, he's just a creature with love in his heart and a determination to protect the one he loves, even if the humans don't see it. Why else would he break the jaw of the T-Rex. Why else would he take down a bloodthirsty pterodactyl. All these elements make his death at the end much more compelling.


From the start of the picture, its clever screenplay by James Ashmore Creelman and Ruth Rose (based on a story by Merian C. Cooper and Edgar Wallace) suggested the coming terror. The film was shot during the spring and summer of 1932 in the confines of the studio. Due to their limited budget for sets, Cooper and Schoedsack used the jungle locale from the latter's previous film The Most Dangerous Game (1932) - an adventure film that also starred Fay Wray. When released, it broke all previous box-office records. Its massive, money-making success helped to save RKO Studios from bankruptcy. 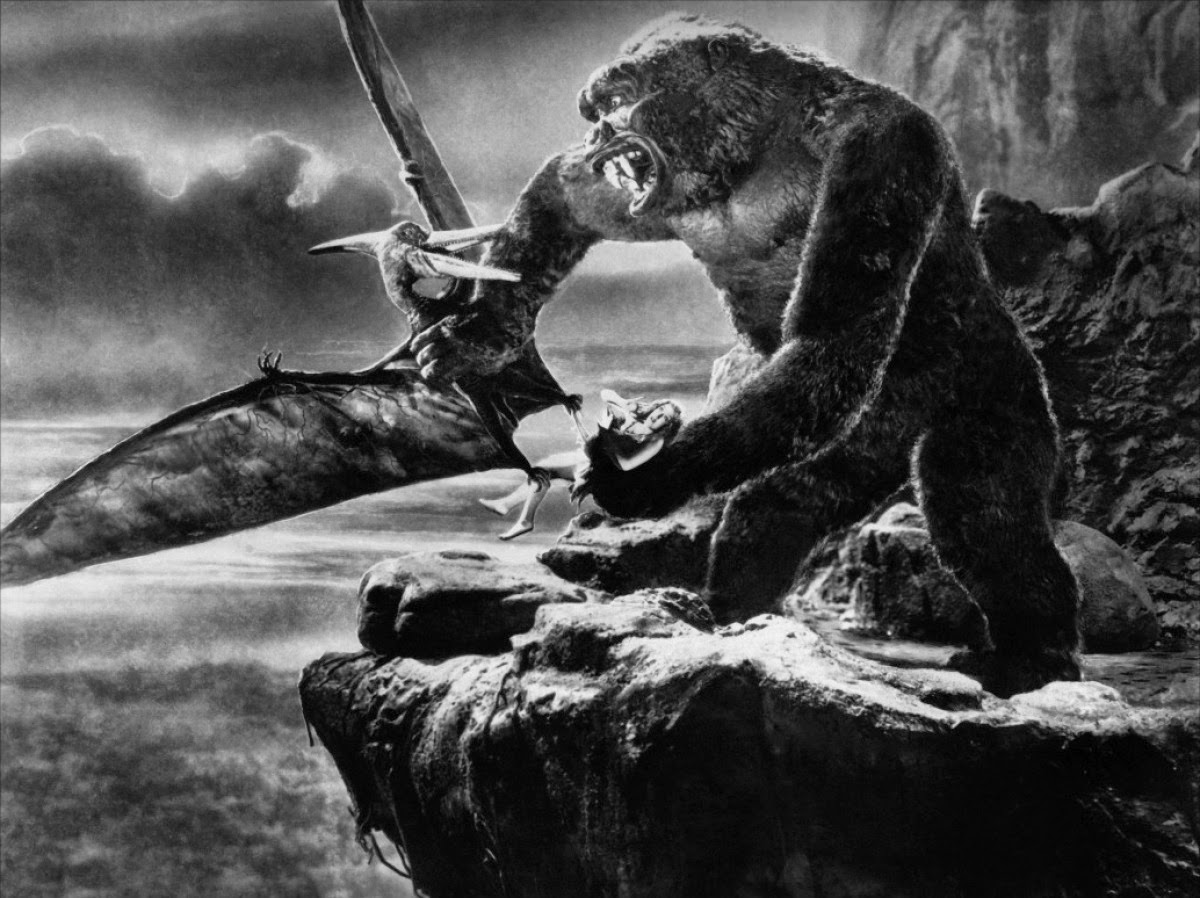 Even though King Kong is one of my favorite movies of the 1930s, the movie is not perfect. There are some errors if one looks closely enough. In close-ups of his face, King Kong has more teeth than he does when his whole body is shown. The apparent size of Kong changes from 18 feet to 24 feet. This was a conscious decision of director Merian C. Cooper, who felt that Kong's size wasn't impressive enough in New York. The publicity materials would later state Kong's height was 60 feet, almost 3 times the average height as he is actually depicted in the film. In the wide shot of Kong climbing the Empire State Building, he is climbing the western face of the structure. The financial district is visible to the south in the background. The shot of him atop the tower shows the Chrysler Building directly behind him. That building being to the ESB's north east, that puts Kong on the southern face of the building. When he falls, in the closer shot, he falls back to the south east. Back in the wide shot, he falls off the western side.

The list could go on and on of errors, but what this movie manages to do – flaws and all was to captivate audiences in 1933 which were weary from the horrors of the Great Depression. In a weird way it made them forget their own problems and think it could be worse, they could be chased by a giant ape. To audiences in 2015, it continues to amaze and scare and entertain. The film makes probably had no idea some 80 years later people would still be writing and talking about this amazing film of the 1930s... 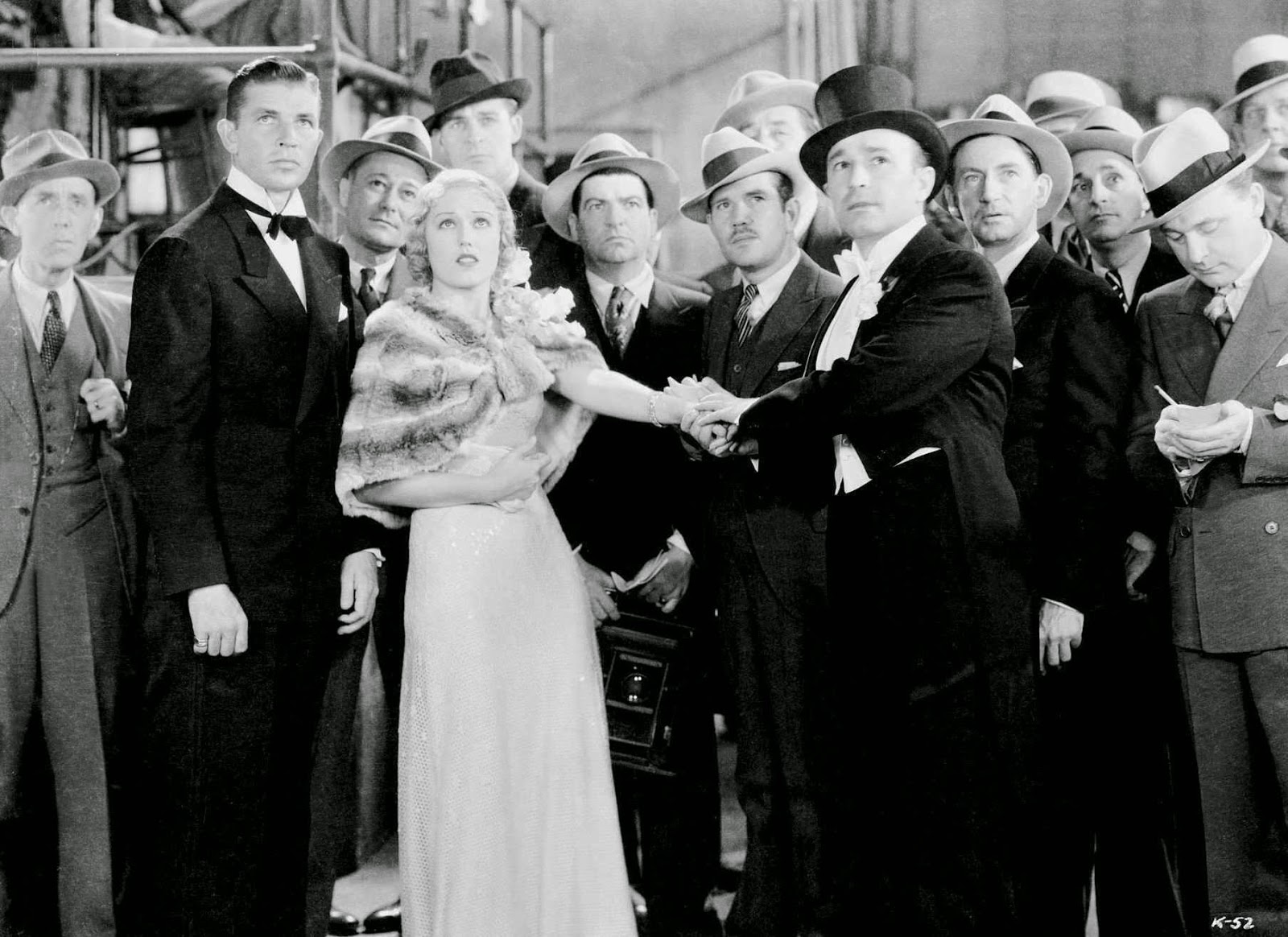