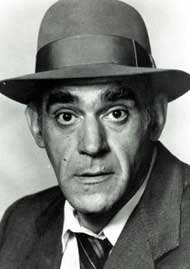 Abe Vigoda, the beloved actor known for playing Det. Fish on Barney Miller and mobster Sal Tessio in The Godfather, and for weathering years of mistaken reports about his death, died in his sleep in New Jersey on Tuesday, January 26, at the age of 94.

Audiences first got to know the actor in 1972’s The Godfather, when the then 51-year-old actor played Tessio, a longtime friend and associate of the Corleone family who’s killed when the Corleones find out he’s been working with a rival mob family.

In 1975, Vigoda began playing Det. Phil Fish on the Emmy and Golden Globe-winning ABC sitcom Barney Miller. Fish was a cantankerous New York City detective whose advancing age had led to a lot of physical ailments, namely a persistent hemorrhoids issue that fed his grumpiness and made the squad’s bathroom one of his frequent hangouts.

The role earned Vigoda three Emmy nominations, and led to a spin-off, Fish, in which an eventually-retired Fish and his wife Bernice (Florence Stanley) raised a group of foster children (including one played by a pre-Diff’rent Strokes Todd Bridges). The series ran for two seasons on ABC.

The star, born in Brooklyn on Feb. 24, 1921 to parents who immigrated from Russia, began his acting career in 1947, and appeared in several Broadway productions before his breakout role in The Godfather. 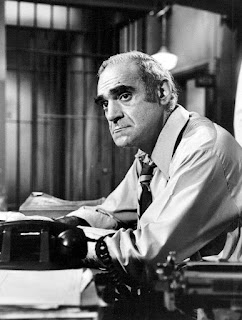 He also guest-starred on TV shows like Dark Shadows, Kojak, and Hawaii Five-0, and, post-Barney Miller and Fish, had memorable roles in Cannonball Run, Look Who’s Talking, Joe Versus the Volcano, and Good Burger.

Vigoda, who always looked a bit older than his actual age, also played along with what became a running joke: premature reports of his death. In 1982, People magazine mistakenly printed a story that referred to him as “the late” Abe Vigoda, which prompted him to pose, sitting up, in a coffin, holding a copy of People, for a photo that ran inVariety to prove he was very much alive.

Various TV reports, late-night TV hosts David Letterman and Conan O’Brien, and numerous Websites either mistakenly reported his death or poked fun at the idea that he was frequently the subject of such rumors. A pair of Websites — Abe Vigoda Status and Is Abe Vigoda Dead? — exist solely to keep tabs on whether or not he’s still alive, and Vigoda won a whole new fanbase for his good humor and longevity as faux reports of his death became a meme... 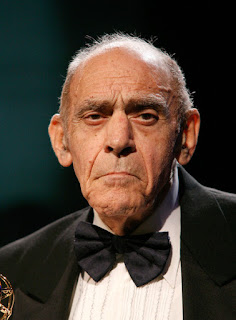