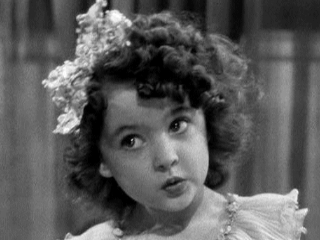 There are so many talented stars in Hollywood, especially during the golden age of Hollywood. There was also an endless amount of great child stars, and forgotten Jo Ann Marlowe was one of them. I remember the pint size actress mostly from Yankee Doodle Dandy and Mildred Pierce. Sadly not much is written about her.

Jo Ann Marlowe was born Jo Ann Mares in Schuyler, Nebraska on December 15, 1935 to Edward and Theora Mares. Jo Ann was discovered on a family vacation in Hollywood at age 4 by a Warner Brothers director in a restaurant. The family relocated to California and Jo Ann took the stage name, Jo Ann Marlowe. Jo Ann acted for the next 10 years in 29 motion pictures including Yankee Doodle Dandy which won an Oscar for James Cagney. Jo Ann played the role of 6 year old Josie Cohan. She is best known as the younger daughter, Kay, in Mildred Pierce with Joan Crawford and Ann Blythe
.
Jo Ann left acting in the early 1950s and went on to law school at Loyola University in Los Angeles and became a lawyer. On September 10, 1960 she married John F. Dunne in California. The couple had a daughter, Kimberly who was born in 1963. The couple divorced in April 1968 in Los Angeles. Meanwhile, Jo Ann was a Chief Trial Lawyer for the U.S. Attorney's Office in Los Angeles. She certainly overcame the problem with being a child star. However, her life would end tragically but not quickly. She suffered injuries in a car accident in late 1968. Jo Ann was left in a coma until her death more than 22 years later when she died at her mother Theora Mares' home in Los Angeles on January 2, 1991.

Her mother Theora survived her until February 2011 when she passed away at age 96. Jo Ann and her parents are buried at San Fernando Mission cemetery. Jo Ann Marlowe is now a forgotten footnote in the history of classic movies, and it is unfortunate... 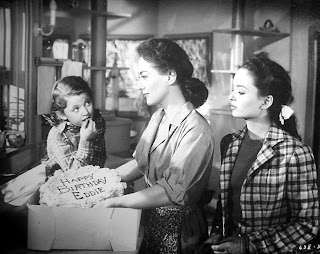 Posted by David Lobosco at 6:04 AM