BORN ON THIS DAY: HOAGY CARMICHAEL 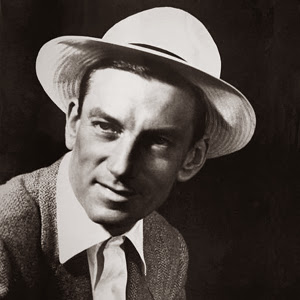 It always amazes me when I listen to old music, which I listen to all the time, that someone actually wrote the melody to a beautiful song like "Stardust". It seems like the music was timeless and always around. It was not as we know, but it was written by a genius like Hoagy Carmichael. Today we celebrate the birthday of composer Hoagy Carmichael. He was born on this day in 1899.

Born in Bloomington, Indiana on November 22, Carmichael was the only son of Howard Clyde Carmichael, of Scottish ancestry, and Lida Mary (Robison). He was named Hoagland after a circus troupe "The Hoaglands" who stayed at the Carmichael house during his mother's pregnancy. Howard was a horse-drawn taxi driver and electrician, and Lida a versatile pianist who played accompaniment at silent movies and for parties.

The family moved frequently, as Howard sought better employment for his growing family. At six, Carmichael started to sing and play the piano, easily absorbing his mother's keyboard skills. He never had formal piano lessons. By high school, the piano was the focus of his after-school life, and for inspiration he would listen to ragtime pianists Hank Wells and Hube Hanna. At eighteen, the small, wiry, pale Carmichael was living in Indianapolis, trying to help his family’s income working in manual jobs in construction, a bicycle chain factory, and a slaughterhouse. The bleak time was partly spelled by four-handed piano duets with his mother and by his strong friendship with Reg DuValle, a black bandleader and pianist known as "the elder statesman of Indiana jazz" and "the Rhythm King", who taught him piano jazz improvisation. 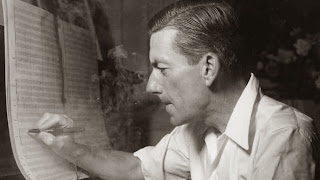 Later in 1927, Carmichael’s career started off well. He finished and recorded one of his most famous songs, "Star Dust" (later renamed "Stardust", with Mitchell Parish's lyrics added in 1929), at the Gennett Records studio in Richmond, Indiana, with Carmichael doing the piano solo. The song, an idiosyncratic melody in medium tempo - actually a song about a song - later became an American standard, recorded by hundreds of artists. Shortly thereafter, Carmichael received more recognition when Paul Whiteman recorded "Washboard Blues", with Carmichael playing and singing, and the Dorsey brothers and Bix Beiderbecke in the orchestra. Despite his growing prominence, at this stage Carmichael was still held back by his inability to sight-read and notate music properly, although he was innovative for the time. 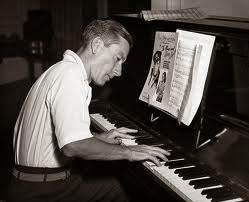