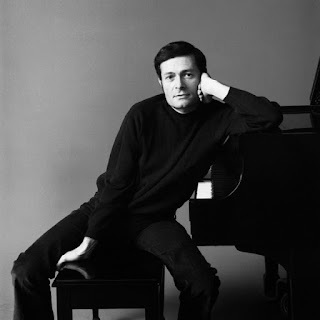 Born July 10, 1931, Herman grew up in Jersey City, N.J. His parents held elaborate costume parties and took him to the theater often. Seeing Irving Berlin's Annie Get Your Gun changed his life, as he told NPR in 1994.

"I walked out of that theater singing all those wonderful Berlin songs and, from that moment on, that's all I wanted to do with my life," he said.

Herman had some modest success on and off-Broadway in the late 1950s and early '60s, but didn't hit the big time until producer David Merrick called him about working on an adaptation of a Thornton Wilder play, The Matchmaker.

"I went home with a script that he had given me to look at," Herman told NPR, "and I wrote four songs over a weekend and came back to his office on Monday morning with four brand new songs and bowled him over, not only with the songs, but with the speed that I had been able to work at. And I got the job!"

Not only did the 1964 show, starring Carol Channing, become a smash hit, it won Herman his first Tony Award. A recording of the title tune by Louis Armstrong knocked the Beatles off the Hit Parade, Herman told the Press in 2000. 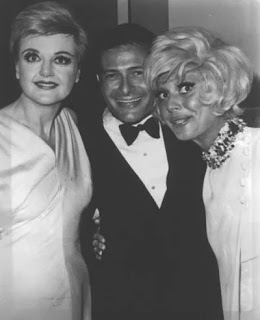 "When a man from my publishing company called me and said, 'Louis Armstrong wants to record that,' I laughed," Herman recalled. "I thought it was the silliest idea that I had ever heard! And when I heard the recording, I fell out of my chair, because he turned my 1890s valentine into one of the most famous pop songs of all time!"

Jerry Herman's next show, Mame, starring Angela Lansbury, was another smash. He says he wrote songs for the eccentric character of Auntie Mame in memory of his mother, who passed away when he was a young man.

"It really was very natural material to me, because I had a mother who was a glamorous lady who believed in all the things that Mame believes in. And so, I didn't have to study the subject matter! I grew up with it."

But as the 1960s came to an end, Jerry Herman's kind of bright, gaudy show tunes seemed to go out of style. He suffered several failures in a row. Then, in 1983, he wrote the gay-themed hit La Cage Aux Folles, which won him a second Tony Award. 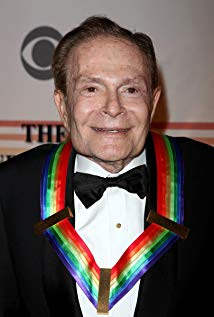 Shortly after the show opened, Herman's companion, Marty Finkelstein, died of complications from AIDS. And Herman was diagnosed as HIV-positive at a time when that seemed like a death sentence.

Herman was one of the first people to receive the complex cocktail of drugs that has kept so many HIV patients alive, and he helped raise millions of dollars for AIDS research. Co-author Marilyn Stasio says Herman's HIV status spurred him to write his memoirs — and to also set some things straight.

"One thing that really got him mad was he thought people really felt he was putting it on, the optimism and the joy and the happiness and the way he loved life. And he wanted to make it clear that it was true. He did. He loved every minute of life." 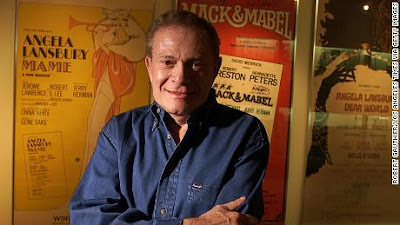