STATUS: Unfortunately, it is 100% true 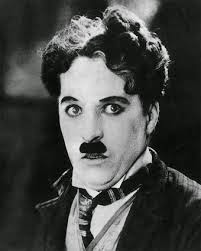 In one of history’s most famous cases of body-snatching, two men steal the corpse of the revered film actor Sir Charles Chaplin from a cemetery in the Swiss village of Corsier-sur-Vevey, located in the hills above Lake Geneva, near Lausanne, Switzerland, on this day in 1978.

A comic actor who was perhaps most famous for his alter ego, the Little Tramp, Chaplin was also a respected filmmaker whose career spanned Hollywood’s silent film era and the momentous transition to “talkies” in the late 1920s. Chaplin died on Christmas Day in 1977, at the age of 88. Two months later, his body was stolen from the Swiss cemetery, sparking a police investigation and a hunt for the culprits.

After Chaplin’s widow, Oona, received a ransom demand of some $600,000, police began monitoring her phone and watching 200 phone kiosks in the region. Oona had refused to pay the ransom, saying that her husband would have thought the demand “ridiculous.” The callers later made threats against her two youngest children. Oona Chaplin was Charlie’s fourth wife (after Mildred Harris, Lita Grey and Paulette Goddard) and the daughter of the playwright Eugene O’Neill. She and Chaplin were married in 1943, when she was 18 and he was 54; they had eight children together. The family had settled in Switzerland in 1952 after the controversial Chaplin--whom his enemies accused of being a Communist sympathizer--learned he would be denied a reentry visa to the United States en route to the London premiere of his film Limelight. 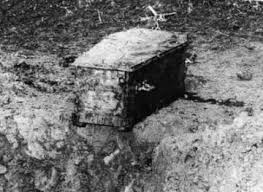 After a five-week investigation, police arrested two auto mechanics--Roman Wardas, of Poland, and Gantscho Ganev, of Bulgaria--who on May 17 led them to Chaplin’s body, which they had buried in a cornfield about one mile from the Chaplin family’s home in Corsier. That December, Wardas and Ganev were convicted of grave robbing and attempted extortion. Political refugees from Eastern Europe, Wardas and Ganev apparently stole Chaplin’s body in an attempt to solve their financial difficulties. Wardas, identified as the mastermind of the plot, was sentenced to four-and-a-half years of hard labor. As he told it, he was inspired by a similar crime that he had read about in an Italian newspaper. Ganev was given an 18-month suspended sentence, as he was believed to have limited responsibility for the crime. As for Chaplin, his family reburied his body in a concrete grave to prevent future theft attempts.... 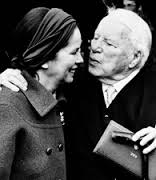 SOURCE
Posted by David Lobosco at 4:00 AM