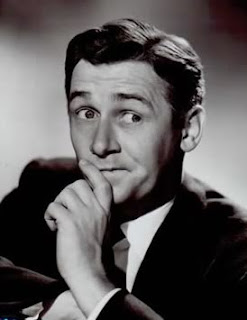 Alan Young, who played the hapless yet protective owner of a talking horse on the popular television comedy "Mister Ed," has died at age 96, according to officials at the Motion Picture & Television Home in Woodland Hills, California.

He died Thursday of natural causes with his children at his side, the organization said.

Young also was a well-received voice actor, with appearances as Scrooge McDuck in many Disney productions and also as Farmer Smurf and other characters in the 1980s-era cartoon.

Young appeared on several shows before being cast as Wilbur Post on "Mister Ed," which became one of the most popular shows in the early 1960s. One of his previous shows, "The Alan Young Show," won a prime-time Emmy.

According to a 1990 story in the Los Angeles Times, famed comedian George Burns financed "Mister Ed" and told his co-owner they should cast Young because "he looks like the kind of guy a horse would talk to."

Young told the newspaper that Wilbur Post was bumbling while Mister Ed was wily. 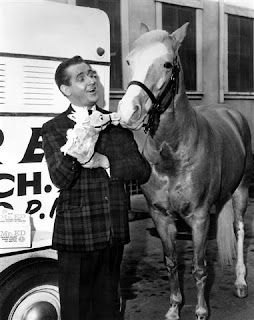 "I think it's the same chemistry that made Laurel and Hardy, and Jackie Gleason and Art Carney," he said. "It's the one guy making a fool of the other guy." The show, which ran weekly from 1961 until 1966, featured a horse who talked (with help from a never-seen human voice actor) but Mister Ed spoke only to his owner, much to Wilbur Post's frustration.

Young had 101 acting credits, according to the Internet Movie Database, including the 1960 science fiction film "The Time Machine." He made many guest appearances on television after taking a long break after the end of "Mister Ed."

Young was born in England in 1919 as Angus Young and grew up in Scotland and Canada. He began his entertainment career on the radio at age 13. He had his own show when he was 17.

He was married three times -- to Mary Anne Grimes, Virginia McCurdy and Mary Chipman -- and had four children. 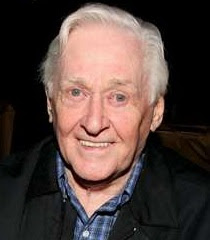 Posted by David Lobosco at 6:35 PM