It's hard to believe that it has been over 60 years since, "The Old Redhead" Arthur Godfrey fired singer Julius La Rosa during the live radio broadcast of Arthur Godfrey Time.

At the time, Godfrey was one of America's best-loved entertainers. In October, 1953, his daytime show, Arthur Godfrey Time, was simulcast on CBS radio and television for the first hour; the radio broadcast continued on the radio for an additional half hour. Godfrey also had two prime time shows, Arthur Godfrey and His Friends (aka The Arthur Godfrey Show) and Arthur Godfrey's Talent Scouts.

Godfrey was well-known for discovering and nurturing young talent. His "Little Godfreys" (some of whom were Talent Scouts winners) were regulars on Godfrey's TV and radio shows. One of these young players was Julius La Rosa, a Brooklyn-born singer who met Godfrey while serving in the Navy. Soon after his discharge La Rosa appeared on Talent Scouts, and was hired by Godfrey immediately following his performance. Over the next two years, La Rosa's popularity with the shows' fans grew.

So the story goes, Godfrey required all "Little Godfreys" to take part in dance lessons to improve their onstage movement. La Rosa was reportedly unhappy with the directive. One day, La Rosa failed to attend a lesson, attributing his absence to a family emergency. The following day, he received a one-day suspension from the show. La Rosa responded by hiring a manager, a move Godfrey frowned upon, as he preferred working directly with the performers, and not through an intermediary. 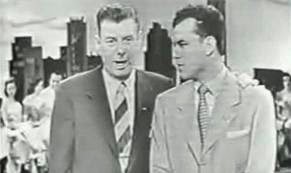 On Oct. 19, 1953, Godfrey did not invite La Rosa to perform on the first hour of Arthur Godfrey Time. When the television simulcast was complete, and only the radio broadcast was taking place, Godfrey invited La Rosa to sing "Manhattan." After the performance, Godfrey announced to the audience that the tune was La Rosa's "swan song" on the show, and that he'd no doubt be going on to great solo success.

The negative reaction to La Rosa's dismissal was swift and unexpected. Most fans perceived Godfrey as a warm, friendly personality, and Godfrey's action toward La Rosa ran counter to that image. A post-firing press conference during which Godfrey announced that La Rosa had "lost his humility" — along with subsequent cast firings — didn't help.

The "La Rosa incident" was the start of Godfrey's slow but steady professional decline. The media was increasingly critical of Godfrey, and he became the subject of jokes and parodies. Elia Kazan's classic A Face in the Crowd was said to be inspired in part by Godfrey's rise and fall.

By the early '60s Godfrey's reign as a TV powerhouse was over... 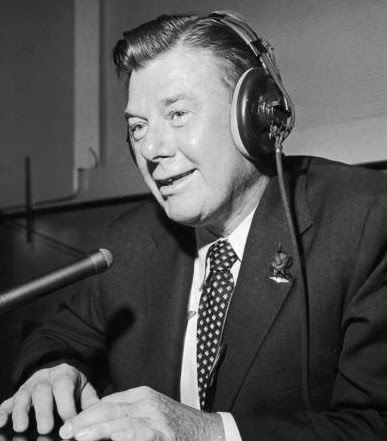