WHAT A CHARACTER: EDWARD ARNOLD 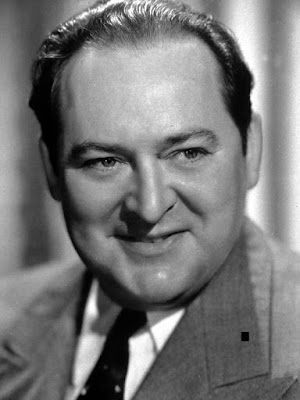 I always forget that Edward Arnold died a long time ago in the 1950s. He was in so many movies, that I didn't think he died that long ago! Nevertheless, Edward was a prolific character actor who starred in over 100 films.  Arnold was born in New York on February 18, 1890 to German immigrant parents. Orphaned at 11, Arnold supported himself with a series of manual labor jobs. He made his first stage appearance at 12, playing Lorenzo in an amateur production of The Merchant of Venice at the East Side Settlement House. Encouraged to continue acting by playwright/ journalist John D. Barry, Arnold became a professional at 15, joining the prestigious Ben Greet Players shortly afterward. After touring with such notables as Ethel Barrymore and Maxine Elliot, he did bit and extra work at Chicago's Essanay Film Studios and New Jersey's World Studios during the early 'teens. Hoping to become a slender leading man,

Arnold found that his fortune lay in character parts, and accordingly beefed up his body: "The bigger I got, the better character roles I received," he'd observe later. Following several seasons on Broadway, Arnold made his talking picture debut as a gangster in 1933's Whistling in the Dark. He continued playing supporting villains until attaining the title role in Diamond Jim (1935), which required him to add 25 pounds to his already substantial frame; he repeated this characterization in the 1940 biopic Lillian Russell. Other starring roles followed in films like Sutter's Gold (1936), Come and Get It (1936) and Toast of New York (1937), but in 1937 Arnold's career momentum halted briefly when he was labelled "box office poison" by a committee of film exhibitors (other "poisonous" performers were Joan Crawford and Katharine Hepburn!) Undaunted, Arnold accepted lesser billing in secondary roles, remaining in demand until his death. 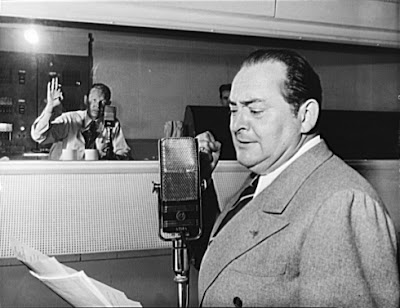 A favorite of director Frank Capra (who frequently chided the actor for the "phony laugh" that was his trademark), Arnold appeared in a trio of Capra films, playing Jimmy Stewart's millionaire father in You Can't Take It With You (1938), a corrupt political boss in Mr. Smith Goes to Washington (1939), and a would-be fascist in Meet John Doe (1941). Despite the fact that he was not considered a box-office draw, Arnold continued to be cast in starring roles from time to time, notably Daniel Webster in 1941's The Devil and Daniel Webster and blind detective Duncan Maclain in Eyes in the Night (1942) and The Hidden Eye (1945).

During the 1940s, Arnold became increasingly active in politics, carrying this interest over into a radio anthology, Mr. President, which ran from 1947 through 1953. He was co-founder of the "I Am an American Foundation," an officer of Hollywood's Permanent Charities Committee, and a president of the Screen Actors Guild. Though a staunch right-wing conservative (he once considered running for Senate on the Republican ticket), Arnold labored long and hard to protect his fellow actors from the persecution of the HUAC "communist witch-hunt." Edward Arnold's last film appearance was in the "torn from today's headlines" potboiler Miami Expose (1956). After a career than spanned over 50 years, he died suddenly at the age of 66 of a cerebral hermorrhage at his home in Encino, California on April 26, 1956... 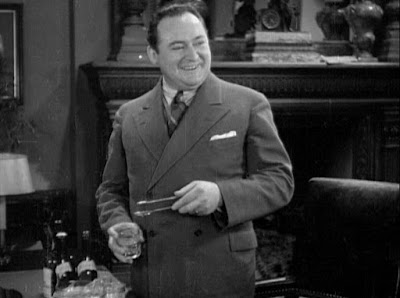 Posted by David Lobosco at 7:13 AM