BORN ON THIS DAY: VERONICA LAKE 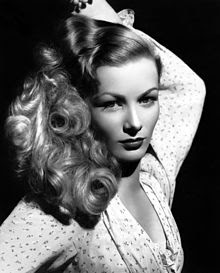 One of the tragic stars of Hollywood was Veronica Lake. However, she was one of the beautiful in her day.  Lake was born Constance Frances Marie Ockelman in the New York City borough of Brooklyn in 1922. Her father, Harry Eugene Ockelman, was of German and Irish descent,, and worked for an oil company aboard a ship. He died in an industrial explosion in Philadelphia in 1932. Lake's mother, Constance Frances Charlotta (née Trimble; 1902–1992), of Irish descent, married Anthony Keane, a newspaper staff artist, also of Irish descent, in 1933, and Lake began using his surname.

The Keanes lived in Saranac Lake, New York, where young Lake attended St. Bernard's School. She was then sent to Villa Maria, an all-girls Catholic boarding school in Montreal, Quebec, Canada, from which she was expelled. Lake later claimed she attended McGill University and took a premed course for a year, intending to become a surgeon. This claim was included in several press biographies, although Lake later declared it was bogus. Lake subsequently apologized to the president of McGill, who was simply amused when she explained her habit of self-dramatizing. When her stepfather fell ill during her second year, the Keane family later moved to Miami, Florida. Lake attended Miami High School, where she was known for her beauty. She had a troubled childhood and was diagnosed with schizophrenia, according to her mother. 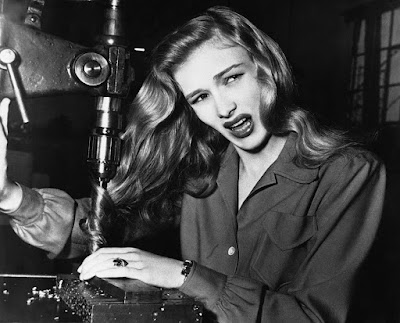 In 1938, the Keanes moved to Beverly Hills, California. While briefly under contract to MGM, Lake enrolled in that studio's acting farm, the Bliss-Hayden School of Acting (now the Beverly Hills Playhouse). She made friends with a girl named Gwen Horn and accompanied her when Horn went to audition at RKO. She appeared in the play Thought for Food in January 1939. A theatre critic from the Los Angeles Times called her "a fetching little trick" for her appearance in She Made Her Bed.

She also appeared as an extra in a number of movies. Keane's first appearance on screen was for RKO, playing a small role among several coeds in the film Sorority House (1939). The part wound up being cut from the film, but she was encouraged to continue. Similar roles followed, including All Women Have Secrets (1939), Dancing Co-Ed (also 1939), Young as Your Feel (1940), and Forty Little Mothers (also 1940). Forty Little Mothers was the first time she let her hair down on screen.

Lake attracted the interest of Fred Wilcox, an assistant director, who shot a test scene of her performing from a play and showed it to an agent. The agent, in turn, showed it to producer Arthur Hornblow Jr., who was looking for a new girl to play the part of a nightclub singer in a military drama, I Wanted Wings (1940). The role would make Lake, still in her teens, a star. Hornblow changed the actress's name to Veronica Lake. According to him, her eyes, "calm and clear like a blue lake", were the inspiration for her new name. The rest is movie noir history, and it is sad that her last years were spent in illness and forgotten memories. Today, as always, we can celebrate the life of Veronica Lake... 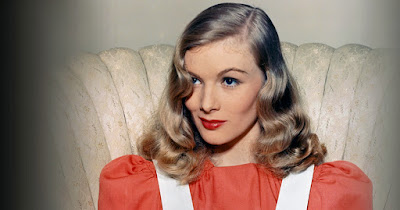