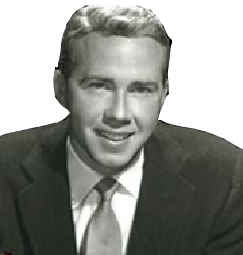 Don Cherry, a leading pop singer of the 1950s who performed at clubs and hotels by night while becoming one of America’s top amateur golfers by day, died on April 4 at a hospice in Las Vegas. He was 94.

His death, which was not widely reported at the time, was confirmed by his son Shawn.

Growing up in his native Wichita Falls, Tex., Mr. Cherry was immersed in both music and golf.

At age 6 or so, he took part in hymn singing at church services. While in high school, he crooned “Happy Birthday” delivering singing telegrams for Western Union.

His mother bought him a set of golf clubs for his eighth birthday, knowing that his older brother, Paul, enjoyed playing at local courses. He was soon caddying and, playing on caddie-only days, developed a smooth golf swing.

Mr. Cherry embarked on his show business career in his early 20s as a big-band singer, then turned to the recording studio. His biggest hit was “Band of Gold” (no connection to the later Freda Payne hit of the same name), recorded in 1955 with an arrangement by Ray Conniff, which reached the Top 10. 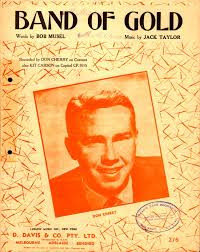 More than a half-century later, the recording provided the soundtrack for the opening scene of the first episode of the television series “Mad Men,” in which the advertising executive Don Draper (played by Jon Hamm) is smoking at a Manhattan restaurant table. His mind is on cigarette branding as he finds that his waiter prefers Old Gold while Draper touts Lucky Strike, a client of his ad agency.

Mr. Cherry recorded for the Decca, Columbia and Monument labels, appeared on radio and TV variety shows (notably Dean Martin’s, on which he was a frequent guest) and played many of the big rooms in Las Vegas.

Mr. Cherry won many small amateur golf tournaments in Texas after serving stateside in the Army Air Forces in World War II, then captured the 1953 Canadian Amateur Championship. He also played on three victorious Walker Cup teams (1953, 1955 and 1961), in a tournament that matches the United States against Britain and Ireland in the amateur version of the Ryder Cup. 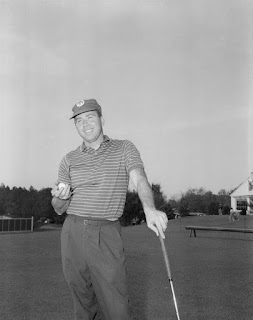 He was a contender as an amateur into the fourth round of the 1960 United States Open, at Cherry Hills in suburban Denver, finishing in a three-way tie for ninth at even par, four strokes back of Arnold Palmer. Palmer had famously rallied to win from seven strokes behind the leader in the final round.

Mr. Cherry played in many Masters and United States Opens, but apart from his 1960 run, he did not finish among the top competitors. He turned pro in 1962.

“My swing was short but had a lot of power,” he recalled in his memoir, “Cherry’s Jubilee” (2006), written with Neil T. Daniels. “On my downswing I would snap my wrists toward the ground, a mannerism I had learned as a youth.”

He embarked on a show business career in his early 20s and reached the Top 10 with his 1955 record “Band of Gold.”CreditEverett Collection

But Mr. Cherry often had trouble putting, and his focus was at times thrown off by “the worst temper the world had ever seen,” as he was quoted telling Curt Sampson in “The Eternal Summer” (1992), an account of the 1960 Open.

Mr. Cherry’s profile differed depending on the hour: Prematurely balding, he wore a hairpiece onstage but shunned it on the golf course. 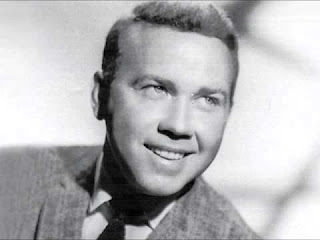 Donald Ross Cherry was born in Wichita Falls on Jan. 11, 1924, the youngest of three children of Donald and Alma Cherry. His father, who worked on oil rigs, left the family when Don was a boy. His mother took in seamstress work to support her daughter and two sons in the depths of the Depression.

Mr. Cherry first made the Billboard charts with “Thinking of You” and “Mona Lisa” in 1950 and with “Vanity” and “Belle, Belle, My Liberty Belle” in 1951. In his 70s and 80s, he collaborated with his friend Willie Nelson on several albums.

In addition to Shawn, his son from his first marriage, to Sharon Kay Ritchie, Miss America of 1956, Mr. Cherry is survived by his fourth wife, Francine Bond (Smith) Cherry; a daughter, Jennifer Cherry Krellenstein, from his marriage to Joy Blaine; and six grandchildren.

His son Stephen, also from his first marriage, was among the 658 employees of the financial firm Cantor Fitzgerald who were killed in the attacks on the World Trade Center on Sept. 11, 2001. His office was on the 104th floor of the North Tower... 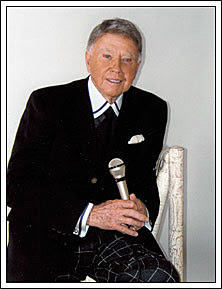 Posted by David Lobosco at 4:11 PM