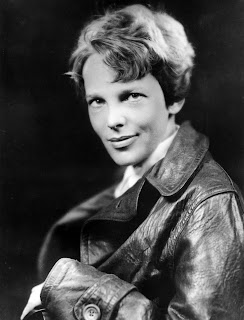 Just hours after her plane disappeared over the Pacific Ocean, Amelia Earhart — the woman who, in 1937, set out on a mission to be the first to circumnavigate the globe — sat in her defunct Lockheed Electra surrounded by knee-deep water, stranded amid the reef of a tiny, uninhabited island, new research suggests.

Earhart’s disappearance has been shrouded in mystery for decades; her death was declared in absentia two years after she was lost at sea. Now, over 80 years later, researchers have a new theory as to what may have happened. According a recent paper, which analyzed radio distress calls in the days after Earhart vanished, she may have spent her last days marooned on a desert island after her plane crashed on July 2, 1937.

To arrive at this theory, experts at the International Group for Historic Aircraft Recovery (TIGHAR) sourced from government and commercial radio operator records to find 57 credible radio signals. Through research analysis, they came across a slew of messages that they believe to have come from Earhart and her navigator, Fred Noonan. One, transcribed by a 15-year-old girl listening to the radio in Florida, contained chilling phrases like, “waters high,” “water’s knee deep — let me out” and “help us quick.” Another, recorded by a housewife in Toronto: “We have taken in water … we can’t hold on much longer.” 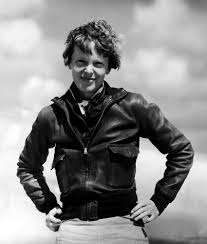 From the available evidence, TIGHAR thinks that Earhart and Noonan likely took refuge on Gardner Island, now Nikumaroro, a then-uninhabited small island located 2,600 miles off the cost of New Zealand. According to the group’s hypothesis, the pilot and her navigator could only call for help when the tide was so low that it wouldn’t flood the plane’s engine, which would mean the distress calls would have occurred in short bursts. 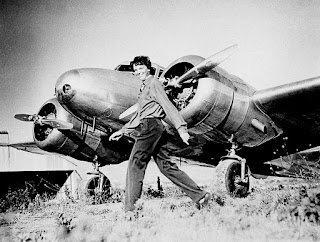 Notably, these radio messages form evidence that runs counter to the U.S. Navy’s official conclusion — that Earhart and Noonan died shortly after crashing into the Pacific — Gillespie said.

The group is releasing more information to the public in “bite-sized chunks,” Gillespie added, but he believes the evidence is adding up. Not only does the group possess dire messages recorded over the span of six days, but several bones were found on the island in 1940, along with parts of a woman’s shoe and a man’s shoe. Gillespie hopes that when the information is all released, “people will smack their foreheads like I did.”

SOURCE
Posted by David Lobosco at 8:26 AM