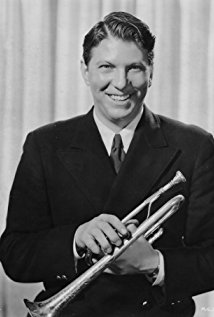 I knew the name Johnnie Scat Davis from his introduction of the song "Hooray For Hollywood" but I didn't know much else about him. I don't think many people do in general. Born  John Gustave Davis in Brazil, Indiana, into a family of musicians on April 11, 1910, Davis developed an interest in music during his childhood. He learned to play the trumpet and by the age of 13 was performing with his grandfather's band. After graduating from high school he worked as a musician for several orchestras, including theater orchestras in nearby Terre Haute, Indiana such as Paul Johnson's orchestra and the Leo Baxter Orchestra. Art Davis, his younger brother, also worked for Leo Baxter. Davis himself learned to play the trumpet at an early age and joined his grandfather's band when he was only 13.

In 1925 he went to work for Jack O'Grady's Varsity Entertainers at the Grand Opera House in Terre Haute, arranging high school classes around the band's schedule. For the next couple of years Davis worked for various local orchestras, including those of Paul Johnson and Leo Baxter. He counted among his friends future bandleader Claude Thornhill. After graduating from high school in 1928 Davis worked in Jimmy Joy's Louisville-based orchestra then spent time with Sammy Watkins in Cleveland before joining Austin Wylie in New York, where he reunited with Thornhill. In 1933 he went to work for Red Nichols at the Park Central Hotel. He also led his own trio during this period and recorded several numbers. From the mid-1930s he worked with Fred Waring as a musician and vocalist, and his success during this time led him to Hollywood. 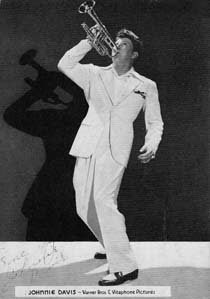 He appeared in his first film in 1937, and the same year appeared in the film Hollywood Hotel, where he introduced the Johnny Mercer song "Hooray for Hollywood". His lively rendition became popular and became closely associated with the film industry. He appeared in fifteen films including Campus Cinderella (1938), Cowboy from Brooklyn (1938), Brother Rat (1938), Mr Chump (1938), A Child Is Born (1939) and Sarong Girl (1943). 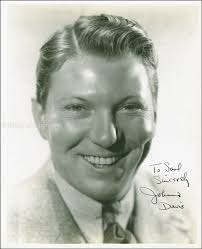 Davis continued to work in the music industry throughout the 1940s and 1950s, and spent several years in Detroit, Michigan where he was a popular television performer. In 1959 a King LP was issued by Johnnie called "Here's Lookin' Atcha.These" sides probably come from the Universal sessions. The album is a real mixed bag, part dixieland, part swing, part R&B. It even has some organ on some sides, a nice touch. Johnnie's horn is featured very nicely on most selections. (The album is instrumental.) Despite the odd mixture of tunes, the album shows Johnnie's abilities as a jazzman and leader. The dixie tunes have a unique front line of trumpet, clarinet and baritone sax. This album is well worth seeking out on Ebay or in second hand shops.

In the 60's Johnnie settled in Arlington,Texas with his wife Martha and daughters, Nancy and Judy. He played local dates and took bands to Vegas, Reno and Tahoe for regular appearances. John was playing mostly bass trumpet. He was having some chop trouble, but he sounds good on Basin St. and So Long Dearie. His singing is delightful and he is a fine emcee.He eventually settled in Texas, and died in Pecos from a heart attack during a hunting trip on October 28, 1983. Do yourself a favor and dig out a recording by Johnny Davis, you will be amazed and realize that he should not be forgotten... 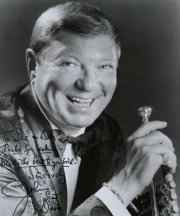