BORN ON THIS DAY: ERROL FLYNN 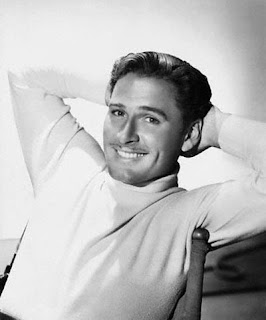 I have to admit, I have never been a huge fan of actor Errol Flynn. However, I am trying to be more open minded, just as a preach to young people who watch a classic movie for the first time. So, today June 20th is Errol Flynn's birthday so what better day is it for me to try to get into this popular classic movie legend!

Flynn was born in Hobart, Tasmania on June 20, 1909, where his father, Theodore Thomson Flynn, was a lecturer (1909) and later professor (1911) of biology at the University of Tasmania. Flynn was born at the Queen Alexandra Hospital in Battery Point. His mother was born Lily Mary Young, but dropped the first names Lily Mary shortly after she was married and changed her name to Marelle. Flynn described his mother's family as "seafaring folk" and this appears to be where his lifelong interest in boats and the sea originated. Despite Flynn's claims, the evidence indicates that he was not descended from any of the Bounty mutineers.

After early schooling in Hobart, from 1923 to 1925 Flynn was educated at the South West London College, a private boarding school in Barnes, London, and in 1926 returned to Australia to attend Sydney Church of England Grammar School  where he was the classmate of a future Australian prime minister, John Gorton. He concluded his formal education with being expelled from Shore for theft, and—according to his own account—having been caught in a romantic assignation with the school's laundress. After being dismissed from a job as a junior clerk with a Sydney shipping company for pilfering petty cash, he went to Papua New Guineaat the age of eighteen, seeking and failing to find his fortune in tobacco planting and metals mining. He spent the next five years oscillating between the New Guinea frontier territory and Sydney. 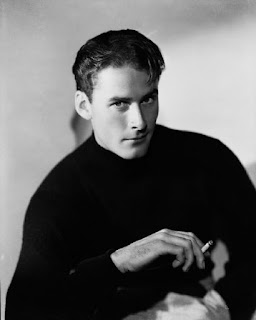 In early 1933, Flynn appeared as an amateur actor in the Australian film In the Wake of the Bounty, in the lead role of Fletcher Christian. Later that year he returned to Britain to pursue a career in acting, and soon secured a job with the Northampton Repertory Company at the town's Royal Theatre (now part of Royal & Derngate), where he worked and received his training as a professional actor for seven months. (Northampton is home to an art-house cinema named after him, the Errol Flynn Filmhouse. He also performed at the 1934 Malvern Festival and in Glasgow, and briefly in London's West End.

In 1934 Flynn was dismissed from Northampton Rep. after he threw a female stage manager down a stairwell. He returned to Warner Brothers' Teddington Studios in Middlesex where he had worked as an extra in the film I Adore You before going to Northampton. With his new-found acting skills he was cast as the lead in Murder at Monte Carlo (currently a lost film). During its filming he was signed by Warner Bros. and emigrated to America as a contract actor.

Flynn was an immediate sensation in his first starring Hollywood role, Captain Blood (1935). Typecast as a swashbuckler, he helped to re-invent the action-adventure genre with a succession of films over the next six years, most under the direction of Michael Curtiz: The Charge of the Light Brigade (1936), The Prince and the Pauper (1937), The Adventures of Robin Hood (1938; his first Technicolor film), The Dawn Patrol (1938), Dodge City (1939), The Private Lives of Elizabeth and Essex (1939) and The Sea Hawk (1940). The est, including Errol Flynn's many marriages and scandals, are movie history... 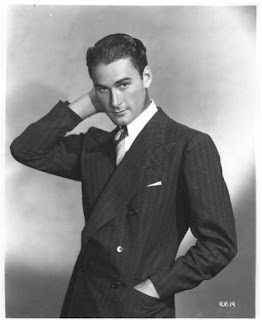