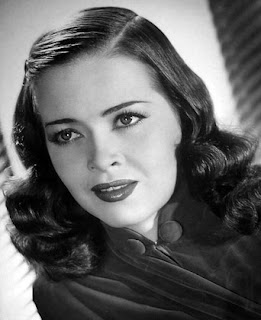 When I was a young boy, just getting into classic Hollywood movies, I spotted an actress in the 1947 Good News which I just could not get over. She had so much talent and was bubbly on the screen, I was surprised at the time that I did not know her name. Of course, June Allyson was the bubbly star of the film, but the actress that dazzled me was Joan McCracken. She was forgotten when I first saw the movie in the 1980s, and she is even more forgotten now years after that.

Joan Hume McCracken was born in Philadelphia, Pennsylvania, on December 31, 1917. By age 11, she was awarded a scholarship for acrobatic work at a Philadelphia gymnasium, and later studied dance with Catherine Littlefield. She dropped out of West Philadelphia High School in the tenth grade to study dance in New York with choreographer George Balanchine at the opening of the School of American Ballet (SAB) in 1934.

In 1937 she went on a European tour with the company, in what was the first tour of an American ballet company in Europe. This put a strain on her health. McCracken was recently diagnosed with Type I diabetes (then known as "juvenile diabetes"), which was difficult to treat with the medical technology at the time, and the European tour made it even harder for her to stay in compliance with her treatment regimen. McCracken kept her diabetes a secret throughout her life to prevent damage to her career. The disease made her prone to fainting spells, sometimes during performances, and led to medical complications later in her life.

In 1942 McCracken and Dunphy both successfully auditioned for roles in the dance ensemble of the new Rodgers and Hammerstein musical Away We Go. Agnes de Mille, who had just staged Aaron Copland's Rodeo for the Ballet Russe de Monte Carlo, was staging the production. The show went into rehearsals in early 1943. Like her husband, McCracken was cast in an anonymous dance role in the chorus. Early in out-of-town tryouts, she began to distinguish herself, and her dancing was noticed by reviewers. By the time of the Broadway opening of the show, now named Oklahoma!, she and de Mille had developed her comic performance in the role of Sylvie, with McCracken taking a comic pratfall in the "Many a New Day" dance number. She became known as "The Girl Who Fell Down." Sources differ as to whether the role's distinctive fall was devised by McCracken or de Mille. McCracken has said the ideas was hers, while de Mille and others recall it as being the choreographer's. Celeste Holm, a member of the original cast, attributed the idea to composer Richard Rodgers. 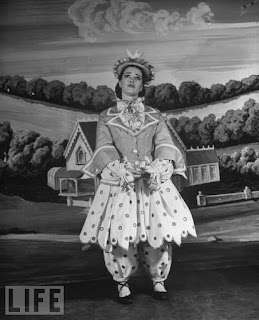 McCracken's performance in Oklahoma! led to a contract with Warner Brothers. The studio cast her in Hollywood Canteen (1944), an all-star extravaganza in which Warner contract players portrayed themselves. McCracken appeared in a specialty dance routine called "Ballet in Jive." The dance number received favorable critical attention, but McCracken, whose husband and brother were both serving in the military, disliked the patronizing tone of the film, which treated servicemen as naive bumpkins. McCracken was initially enthusiastic about working in films, but was dismayed by the unprofessionalism she witnessed at Warner Brothers, and the lack of guidance she received from the choreographer, LeRoy Prinz.


McCracken broke her Warner Brothers contract and went back to Broadway to appear in the musical Bloomer Girl (1944), set during the U.S. Civil War, which is widely considered to be the first Broadway musical about feminism. She received rave reviews for her performance, which combined comedy acting with dance. While not the highest-billed star in that show, her performance, especially of the satiric striptease "T'morra, T'morra," enhanced her reputation as a comic performer.

The turning point in her acting career came in December 1947, when she appeared as Galileo's daughter Virginia in the New York production of Bertolt Brecht's play Galileo, starring Charles Laughton in the title role and directed by Joseph Losey. Unlike her previous roles, Galileo was a straight dramatic role with no dancing. The play helped establish her reputation as a legitimate actress. She also studied acting with Sanford Meisner and Herbert Berghof at the Neighborhood Playhouse. 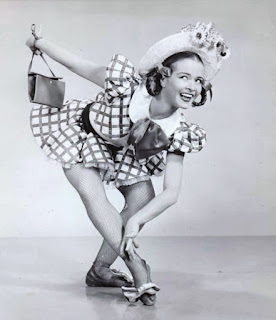 Her next role was not as helpful to her career. She appeared in the 1950 musical comedy Dance Me a Song, which turned out to be a flop even though it was choreographed by Agnes de Mille, who had won acclaim for Oklahoma! a few years earlier. As one of the play's principal stars, she appeared in several scenes. But the choreography was ravaged by critics, as was the play, and reviews of her performance were mixed.

McCracken starred with Eddie Dowling, a veteran Broadway actor, in the play Angel in the Pawnshop, in a 1950 tour and on Broadway in 1951. She played a young woman seeking to escape her marriage from a homicidal thief, in a pawnshop owned by Dowling's character. While in the pawnshop she puts on old clothing and fantasizes that she is living in happier times. Although she engaged in some choreographed dancing during the play, it was a straight dramatic role. While the play was being prepared for Broadway, in October 1950, she appeared on television in the premiere of the Pulitzer Prize Playhouse, playing Essie in You Can't Take It with You. At that time, McCracken gave an interview disparaging what she described as the "over-commercialization" of television, which might have hurt her career in the new medium. Reviews forAngel in the Pawnshop were negative, and she received mixed reviews for her performance.

She went on to appear in Peter Pan, a 1951 Broadway revival adapted from the 1904 J.M. Barrie play. She starred in the title role in a touring company production in 1951, succeeding Jean Arthur. The play was not a musical, and was different from the subsequent version starring Mary Martin a few years later, but had five songs by Leonard Bernstein. Captain Hook was played by Boris Karloff. Her performance in Peter Panwas praised by critics, and it was her favorite acting role. 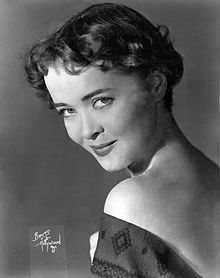 McCracken next appeared on Broadway in the 1953 Rodgers and Hammerstein musical Me and Juliet. The choreography was by Robert Alton, who had worked with McCracken on Good News. The play was meant to show what it was like to be backstage during the run of a hit Broadway show, and she performed opposite Ray Walston in the "show within a show." Although her performance received good reviews, the play did not, and it did little to help her career.

Despite favorable reviews of her performances in The Big Knife and Peter Pan, her worsening health and the failure of her most recent Broadway plays took a toll on her career. As her health declined she found that her dancing ability was affected. She suffered a severe heart attack in 1955, followed by a possible second attack, and then developed pneumonia which required an extended stay in the hospital. She hid the severity of her health problems, but some details became public. Upon release from the hospital, McCracken was told by her doctors that she could no longer dance. The news was devastating to her.

Although she appeared on television and in dramatic roles, her career petered out in the late 1950s, as complications from her diabetes made it increasingly difficult for her to work. Her final stage appearance was in a 1958 off-Broadway production of Jean Cocteau's 1934 play, The Infernal Machine, appearing alongside John Kerr and June Havoc.

McCracken met dancer and choreographer Bob Fosse while both were appearing in Dance Me a Song, in which she had a starring role and he was a specialty dancer. She was married to him from December 1952 to 1959. She worked actively to advance his career and encouraged his work as a choreographer. Her intervention with producer George Abbott led to his first major job as a choreographer, in The Pajama Game. They divorced as her health worsened, and as Fosse, who was serially unfaithful during their marriage, left McCracken for Gwen Verdon.

Joan sadly died alone in her sleep, from a heart attack brought on by her diabetes, on November 1, 1961. She was cremated at her request. Her ashes, which were given to her mother, were subsequently lost. In her biography of McCracken, The Girl Who Fell Down, dance critic Mary Jo Sagolla says that McCracken is little remembered today, and not widely appreciated for her influence on Fosse, and for her efforts to encourage him to move from dance to choreography. Even though her career went into a sharp decline in the 1950s due to her diabetes, she directly influenced the career of MacLaine as well as Fosse, and was a pioneer in combining comedy and dance.. 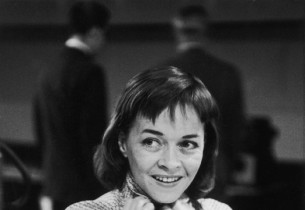 Posted by David Lobosco at 3:00 AM