MY FATHER AND HIS 70TH BIRTHDAY 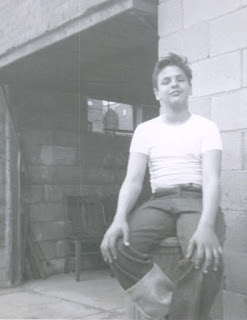 It is bittersweet for me to be commemorating my father Frank Lobosco's today, February 5th. My Father would have been 70 today. It is hard to picture my dad being that old. He died when I was so young. My Father died days before his 45th birthday on January 31, 1991. At the time of my Father's death I had a strained relationship with him. A year before his death, my Mother and Father divorced and for the most part I felt that I was not really wanted in my Father's life. I was 16 at the time and had my own normal teenage demons to deal with as well as coping with coming from a divorced home and now coming to grips with my Father dying suddenly of a heart attack.

I did what most teenage boys would do I guess, I buried it all deep inside. I did not visit my Father's grave site for five years after his death, and I rarely talked about him as I finished up high school and entered college. I saw a distorted view of my Father's life, and it never occurred to me to look into what made my Father withdrawn and distant to me.

In 1969, my Father was in the kitchen with his father (my Grandfather that I never met), and my Grandfather had such a massive heart attack that he almost tore out the kitchen cabinets as he fell to the ground and died in front of my Dad. I also discovered much later after my Father died that he was married to a woman before my Mother. Two weeks after they were married, his first wife died of a seizure. My Father had had a fight with her before he left for work, and it was the last time he talked to her. She had stopped taking her seizure medicine because she was pregnant at the time.

All of that distorted my Father's life to the point that by the time I came along and was growing up, he was a sad and lonely man. I never got the opportunity to talk to my Father and get advice that fathers usually give their sons. I never got the opportunity to ask him why he did the things he did. However, what I finally realized was it is better to remember the happy times than the sad times. I remember my Father teaching me how to play chess. I remember sitting with him as he played records from his huge 45rpm collection. I remember tasting his spaghetti sauce and his pizza (although I am sad I never got his recipe).

I wish he could see the man that I became. Hopefully he is looking down on me, and he is proud of the husband and father that I have become. He never got to achieve greatness as a father or husband, but his life was not in vein. His grandchildren that he never met are extensions of his legacy, and I hope wherever my Father is now he is happy and content knowing this as I remember my Father fondly on his 70th birthday... 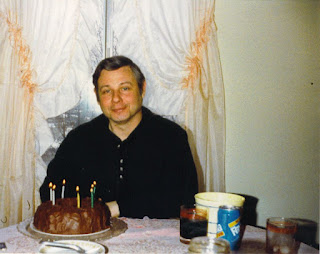