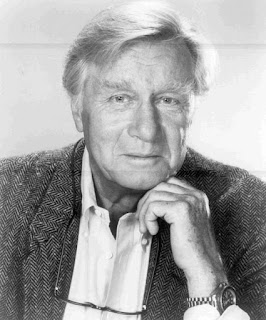 George Gaynes, who played a grouchy foster parent on the 1980s sitcom “Punky Brewster,” the beleaguered commandant in seven “Police Academy” films and a soap opera star with a crush on Dustin Hoffman in drag in the Hollywood hit “Tootsie,” died on Monday at his daughter’s home in North Bend, Wash. He was 98.

His death was confirmed by his daughter, Iya Gaynes Falcone Brown.

With his baritone voice, chiseled good looks and versatility as a character actor and singer, Mr. Gaynes appeared in hundreds of episodes of sitcoms and dramas on television, 35 Hollywood and made-for-TV films, and many plays, musical comedies and operas in New York and Europe.

Critics often applauded his work in supporting roles, and his face became familiar to millions of Americans. But he never achieved leading man stardom.

“Anyone who believes in happy endings will take consolation from the career of George Gaynes, about to become a television celebrity at the age of 64,” The New York Times reported (erroneously; he was 67 ) in 1984, shortly before NBC telecast the first episode of “Punky Brewster.” The show ran for four seasons, first on NBC and then in syndication.

Mr. Gaynes, in the television role for which he was probably best known, played a building manager, Henry Warnimont, who finds an abandoned little girl, played by Soleil Moon Frye, in an empty apartment and becomes first her foster parent and then her adoptive father. Their tender relationship was the heart of the show. There was a puppy, too. 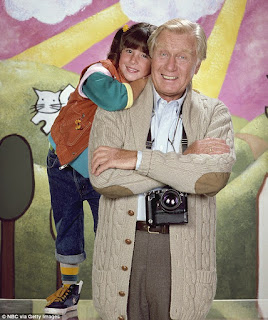 “The two things an actor dreads most are children and dogs,” he told The Times in 1984. “I have both in this series.”

Mr. Gaynes got the part on the heels of two of his strongest film performances. In the first, in “Tootsie,” released in 1982, he was a misguided would-be paramour pursuing his leading lady (Mr. Hoffman), an unemployed actor who wins celebrity by masquerading as a woman on a daytime soap opera.

Then, in 1984, he was the commandant in charge of misfit recruits in the first “Police Academy” movie, which critics called crude and noisy — although some found it also hilarious — and which spawned six sequels, all of them with Mr. Gaynes in the cast.

Writing about Mr. Gaynes’s performance in “Tootsie,” Vincent Canby of The Times called him “priceless as the seedy but tirelessly lecherous leading man on the soap” and “so memorably funny in such memorably funny circumstances that I doubt he’ll much longer remain one of those actors whose looks are as familiar as his name, though one never puts the two together.” 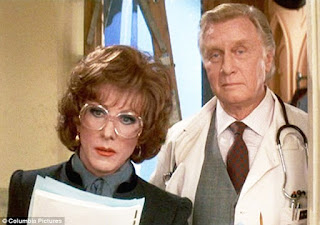 “Tootsie” was a hit and received 10 Academy Award nominations, although only Jessica Lange won, for best supporting actress.

George Gaynes was born George Jongejans in Helsinki, Finland, on May 16, 1917, to Iya Grigorievna de Gay, a Russian artist later known as Lady Iya Abny, and Gerrit Jongejans, a Dutch businessman. His uncle was the actor Gregory Gaye, who played a Nazi Reichsbank official in “Casablanca.”

Raised in France, England and Switzerland, George was introduced to opera by his mother’s friend, the Russian basso Feodor Chaliapin. He studied in Milan and performed in Italy and France. But his career was interrupted by World War II. He crossed the Pyrenees and was interned in Spain for three months. After being released, he went to Britain and enlisted in the Royal Dutch Navy for the duration.

He landed in New York after the war, joined the New York City Opera and played Figaro, Leporello in “Don Giovanni” and assorted fathers, monks and ragpickers. He also appeared in Gilbert and Sullivan operettas. But he considered himself primarily an actor. “I was an acting opera singer, and that’s one of the reasons I left opera,” he said. 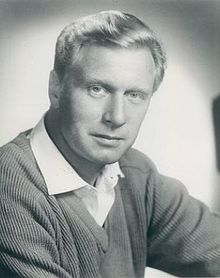 On Broadway, he appeared in Cole Porter’s “Out of This World” (1950) and was Rosalind Russell’s suitor in “Wonderful Town” (1953), a musical version of “My Sister Eileen” with music by Leonard Bernstein and lyrics by Betty Comden and Adolph Green.

That same year, he changed his surname to Gaynes and married Allyn Ann McLerie, an actress, who survives him. In addition to his wife and daughter, he is survived by one granddaughter and two great-granddaughters. His son, Matthew, died in a car crash in 1989. 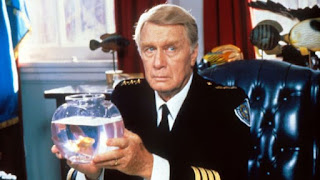 Mr. Gaynes appeared in many television series in the 1960s and ’70s, including “The Defenders,” “Mission: Impossible,” “Bonanza,” “Mannix,” “Hogan’s Heroes,” “The Six Million Dollar Man” and “Hawaii Five-0.” He also acted in the daytime soap operas “General Hospital” and “Search for Tomorrow.” His films included “The Way We Were,” “Altered States” and “Wag the Dog.”

He retired in 2003 and lived in Santa Barbara, Calif., before moving to Washington to stay with his daughter’s family.

Mr. Gaynes was philosophical about his brush with movie stardom in the 1980s. “I’m too old, I’ve been at it too long, to be exhilarated,” he told The Times in 1984. “Of course I’m happy about it. My wife is happy, because we can travel more, and she can get a new couch cover. But knowing the vagaries of the entertainment business, I can’t take it too seriously.” 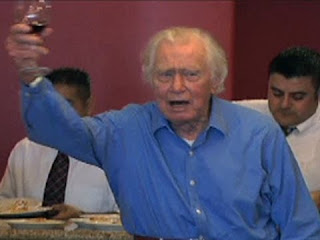 Posted by David Lobosco at 6:38 AM