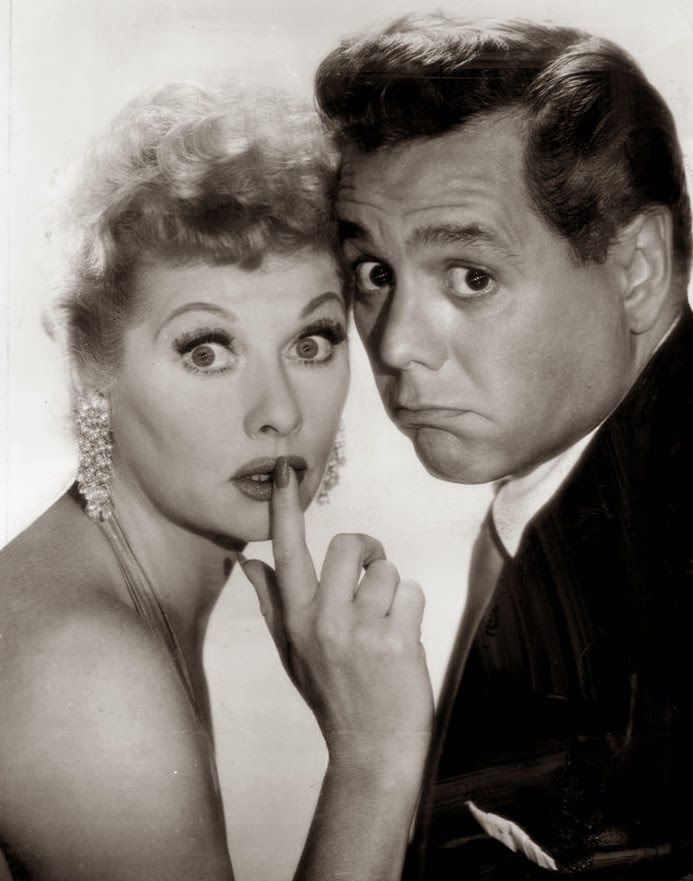 I have to preface this story by saying I think Lucille Ball is overrated. I feel she is overrated as a funny lady. I feel she was more an actress doing comedy than an actual comedienne. I think her success as a funny lady was due to one person – her husband Desi Arnaz. Years later it would seem ironic that they met, in 1940, on the RKO set of a picture called Too Many Girls. She was a 28-year-old contract player with a string of forgettable films, he, at 23, a dashing, Cuban-horn nightclub bandleader. They married six months later. While she tended a soaring Hollywood career, but mediocre film career, he toured the country with his rumba band.

By 1950 Lucy was starring on radio with actor Richard Denning in the popular CBS show My Favorite Husband. When the network launched a version of the show for the new medium of television, she insisted that Desi be cast as her spouse. The formula was magic. In its six-year run, I Love Lucy, making perfect use of Ball's vibrant talent and Desi's behind-the-scenes business savvy, would become the most successful comedy series on TV and earn millions for the couple's production company, Desilu. Each week 40 million viewers watched the onscreen antics of the Ricardo family. But off-screen, the Arnaz marriage, which produced two children before ending in a 1960 divorce, was a volatile interplay of alcoholism, infidelity—and a surpassing love that endured for nearly 50 years.

A lot of people though only knew the couple from what they saw on I Love Lucy, but there was a lot more to their marriage. Lillian Briggs Winograd, one of Lucy's closest friends once said: “Lucy had two or three miscarriages before she gave birth to little Lucie (on July 17, 1951. three months before the show's debut). She thought that having a baby would hold them together. Some of Desi's womanizing was alleviated from the moment little Lucie was born. I think he felt more sensitive about those things and stopped some of that. For a while, at least.”

Many people who knew them said Lucy was very bright, but Desi was the brains. He was the staunch one. He ran the whole thing. Lucy just deferred to him. When they were beginning I Love Lucy, Desi bargained for ownership of those 179 episodes, so they could show them to their children. There was no concept of reruns in those days. A few years later Desi sold them all back to CBS for millions. However, Desi always knew she was the star. While Desi had the affairs and drank, Lucy was tough on him. Family friend Bob Weiskopf had this to say: “There were a lot of occasions when Lucy insulted Desi—usually indirectly. She'd mention to someone else, Vivian [Vance, who played Ethel Mertz], for example, what had happened in a poker game over the weekend in Palm Springs. In front of him, she'd talk about what stupid plays he had made. I thought, "Jesus Christ, this guy's a saint." I would have punched her in the nose.” 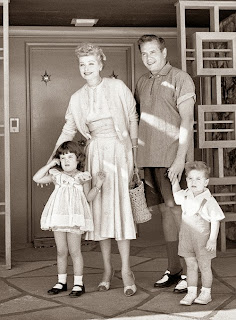 In the mid-1950s, the magazine Confidential came out with a story saying Desi was a womanizer. A copy was given to Desi, and Lucy said, "I want to read this story." It was during a rehearsal day, and she went into her dressing room. Everybody was frozen on the set. She finally came out, tossed the magazine to Desi and said, "Oh, hell, I could tell them worse than that."

Veteran reporter Jim Bacon had this to say about the final straw: “Lucy put up with it quite a bit, but then it just became too embarrassing. Especially when he got arrested on Hollywood Boulevard. That was sometime in the '50s. The cops picked him up, drunk, standing in front of this whorehouse, singing Cuban songs.”

Desi was the love of Lucy's life. It was romantic, passionate, everything you could imagine in a love affair, and she was deeply hurt by what happened. They had tried like three times to get a divorce, but Lucy had always stopped it. Finally she planned to move to Switzerland, take her kids and get out of Hollywood. At the time, in 1960, she had one final commitment to do Wildcat on Broadway.

After their divorce in 1960, Lucille went on to marry comedian and producer Gary Morton (1924-1999). He was a dependable guy but not the love of Lucille’s life. Ball would go on to have two more sitcom hits back to back – The Lucy Show and Here’s Lucy. Ball became a very rich woman, but Desi Arnaz did not fare as well. Arnaz buried himself in a life of booze, women, and gambling. When his good friend Jimmy Durante died in 1980, he was visibly drunk at the funeral and had to be walked out. He didn't know where he was. He was even bombed that day.

Desi died of lung cancer on December 2, 1986. Ball visited him two days earlier and was visibly shaken. Lucy loved Desi till the day she died [following heart surgery on April 26, 1989], and she never recovered fully after his death.. He was the father of her kids. Close friends said that even after she married Gary, she'd still run home movies of her and Desi and the kids when they were little. Everybody was in them, smiling by the pool, running up real fast, waving hello, Lucy walking knock-kneed and doing her Lucy faces. She'd sit there giving commentaries. She loved watching those movies.

Was Lucille Ball the funniest woman? Was the marriage of Desi Arnaz and Lucille Ball the greatest marriage? The answer is maybe not, but he helped to make Ball the icon she remains to be 25 years after her death. Lucy was the beauty and the talent, and Desi was the brains. Fans remember the happy times of Lucille Ball and Desi Arnaz on the screen, and maybe that is what is most important... 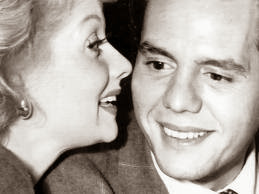