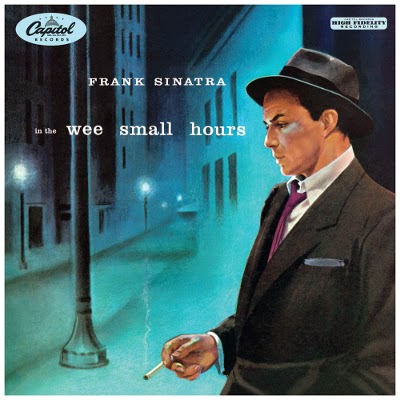 I did not write this article. It was much too good. However, I agree with the author that this was the best album that Frank Sinatra ever made...

Sinatra's comeback after a precipitous fall is one of the best known showbiz legends. The former teen idol had lost his voice in 1950 and his Columbia recording contract. With the help of his second wife, Ava Gardner, he got a part in "From Here to Eternity" and won the 1953 Academy Award as Best Supporting Actor. He got a low-ball contract with a new record company, Capitol, and made two light-and-easy 10-inch LP collections, "Songs for Young Lovers" (1953) and "Swing Easy" (1954), later released as a single 12-inch record.

Then came "In the Wee Small Hours." The radio personality Jonathan Schwartz, whose father, Arthur, wrote, with Howard Dietz, "I See Your Face Before Me," which appears on the album, has called it "a vast cathedral of a work." It contains 16 songs, each one about loss and loneliness. It lasts for 50 minutes. Sometimes -- in the wee small hours -- it can be almost unbearable to listen to. No one, not even Frank Sinatra, ever made a better record.

Only one of the songs was new, the one that gives the album its title, and that became an immediate classic. The rest are prime examples from what has become known as the Great American Song Book, of which Sinatra was the curator-in-chief. He created a song cycle from the work of several different composers bound together by a single theme. This was made possible by the 12-inch LP.

Sinatra's other technical tool was the microphone. A singer like Al Jolson had to be presentational, had to reach the back of the house. With a microphone, a singer like Bing Crosby could be intimate, conversational. Sinatra took this one step further. Crosby made you think he was singing to you; Sinatra made you think he was singing about himself. He took other people's lyrics and turned them into autobiography, making himself the link between Crosby and singer-songwriters like Bob Dylan and Joni Mitchell. 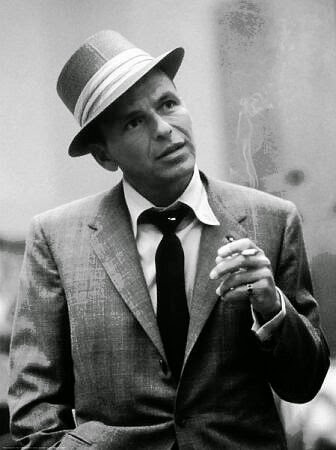 Nelson Riddle, who wrote the arrangements for "In the Wee Small Hours," once said of Sinatra and his difficult second marriage: "Ava taught him how to sing a torch song. She taught him the hard way." She broke his heart more than once and kept him wildly jealous. She never suppressed her fierce independence when she became Mrs. Sinatra. So when he sang about "wishing that you were there again to get into my hair again," he meant it. He knew what he was singing about.

Sinatra's diction was immaculate. He got that from Mabel Mercer, the queen of the supper-club art song; they shared a friend, Alec Wilder, whose lovely "I'll Be Around" is on the album. He also learned from Billie Holiday. That influence is not so apparent, but something he told the writer Pete Hamill makes it clear: "What she did was take a song and make it hers. She lived in the song. It didn't matter who wrote the words or the music....She made it her story." 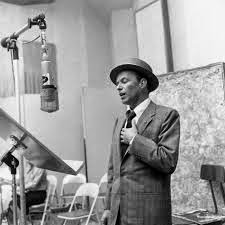 That's what Sinatra does here. The composers and lyricists include Duke Ellington, Richard Rodgers and Lorenz Hart, Jimmy Van Heusen, Howard Dietz and Arthur Schwartz, Harold Arlen and Yip Harburg, and Hoagy Carmichael, whose "I Get Along Without You Very Well" elicits Sinatra's most wrenching performance.

The arranger, Mr. Riddle, was suggested to Sinatra by Alan Livingston, who was head of Artists and Repertoire at Capitol. Mr. Riddle, who is the subject of a fine biography by Peter J. Levinson, came out of swing bands like Sinatra himself, could be spare and lean, could be, like the singer, both tough and tender. To fully appreciate his contribution, listen to what sometimes happened when Sinatra allowed himself to be set awash in a sea of Gordon Jenkins's strings.

He took us -- still takes us, every time we listen to "In the Wee Small Hours" -- to the place in the heart where it happened, to the place in memory where it keeps us from sleep. Blessed with an exceptional natural instrument, and using every technical trick of tone and pace and phrasing at his command -- learned from such diverse models as the classical violinist Jascha Heifetz and the band leader and trombonist Tommy Dorsey -- he makes us, in his company, glad to be unhappy... 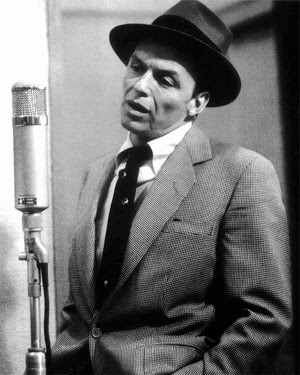