Here is an excellent story I found about the death of silent movies. It is much better than anything I could write... 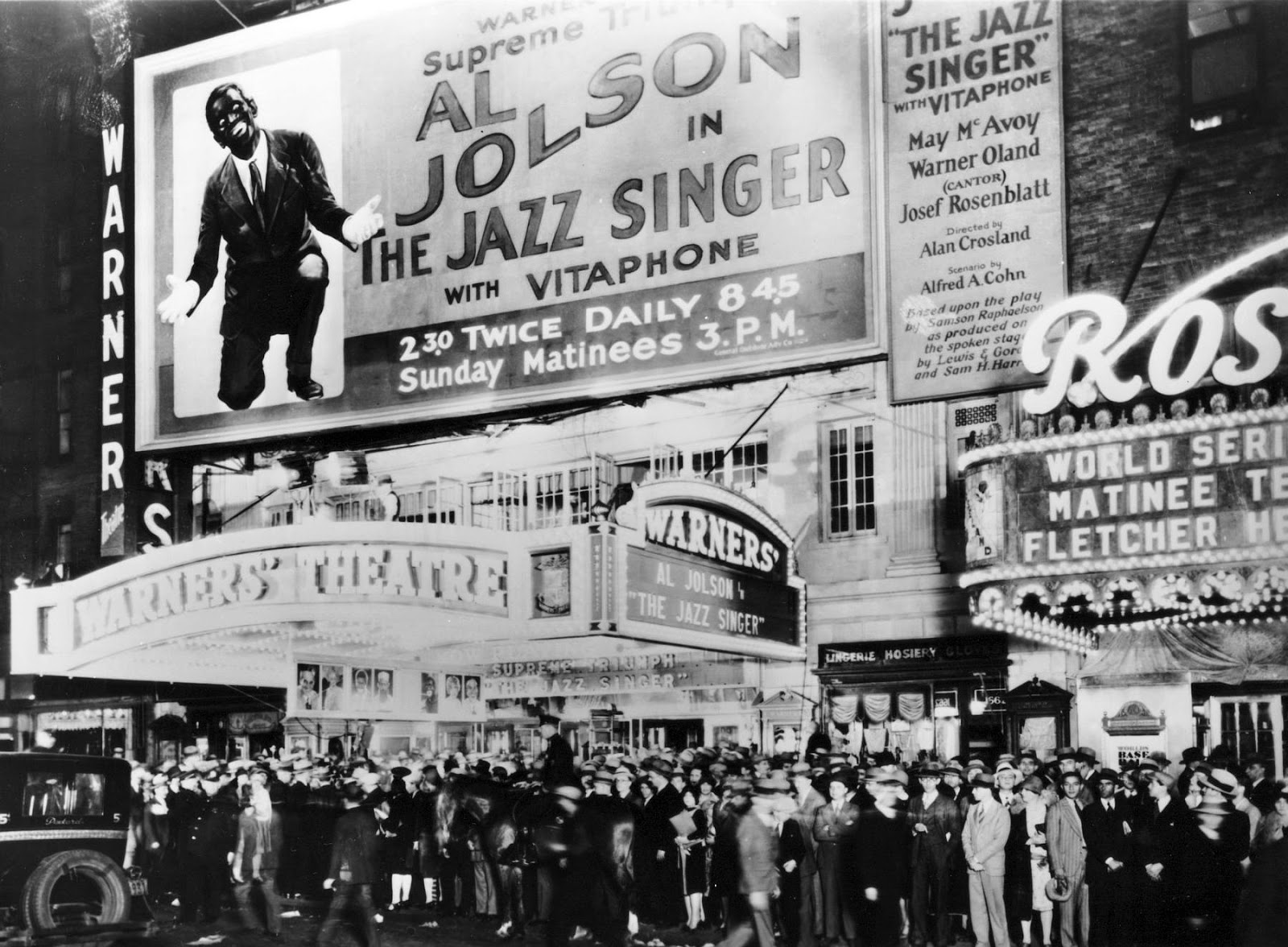 October 6, 1927 remains one of the most decisive days in the history of pop culture. It changed the course of an industry, the expectations of the public, and forever altered the form of an art.The event was the first public presentation of Warner Bros.’ The Jazz Singer starring Al Jolson—which was the first film to feature talking sequences. While experiments with sound dated back to the earliest days of cinema, it wasn’t until the introduction of Vitaphone (in which sound was recorded on a disc and then synchronized with the projector for proper playback) in 1926 that sound seemed a distinct possibility. Vitaphone’s trial run was synchronized musical accompaniment to the otherwise silent Don Juan, as well as several short subjects that featured lip-synced dialogue. Don Juan proved that a huge orchestra was no longer necessary to provide a symphonic score to a motion picture: now even the smallest theaters had the potential to wow audiences with the sounds of a full orchestra. The days of the silent picture accompanist were now numbered. But it was The Jazz Singer that really spelled the end of an era. Even though the movie was still only part-talkie and was largely silent with intertitles, it showed exhibitors and producers that audiences craved talking and singing and crying and laughing. They wanted sound pictures.

It was now up to the industry to catch up, and decide how to make “talkies” an economically viable reality. Fox’s introduction of Movietone (a sound-on-film process that replaced the necessity of synchronizing projection with a disc) only further cemented the industry’s investment in sound picture production. However, as historian Lewis Jacobs describes, there was still plenty to work out.

The entire industry, now in a panic, rushed into the production of sound pictures, hoping to make up for lost time… Major companies at first tried to play the game from all sides. Their production schedules included part-talkies, all-talkies, sound films, and silent films, the common supposition being that eventually the talkie would merely share the screen with the silent movie. But as time went on and more theaters were wired for sound, it became apparent that the talkies were entirely supplanting the “silents.” 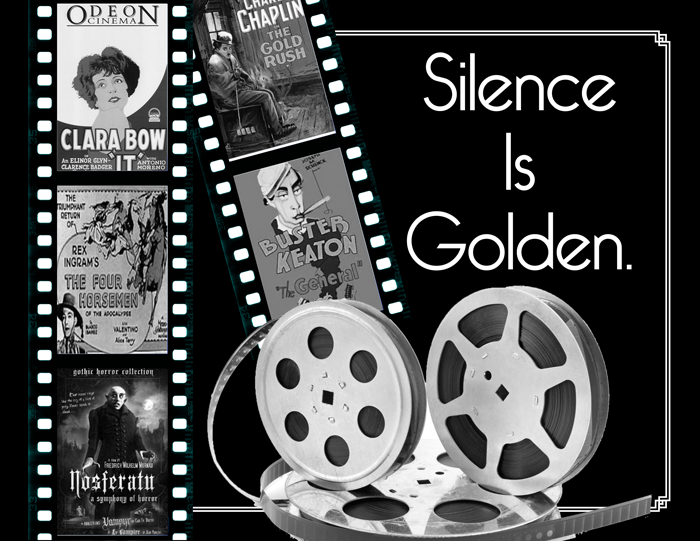 The switchover from silent to sound in the American film industry, which began in late 1927, was primarily complete by 1929 (though even in that year silent pictures continued to be produced, though at a heavily reduced rate). And while the transition took longer overseas (as late as 1936 Yasujrio Ozu was still making silent films in Japan), the dominance of Hollywood in the world market assured that sound would soon become an international phenomenon.

All of which begs to ask, what happened on American screens in 1928? It was a pivotal year in the transition, an entire year in which silent and sound pictures shared theater marquees, and when both were viable commercial artforms. Though silents would still exist in 1929, their era was not just numbered—it was practically over. And while Charlie Chaplin would continue to make two silent films in the 1930s (City Lights and Modern Times), both are certainly anomalies and do not represent the dominant trends in the industry (and were also produced by his independent company and not by major Hollywood studios). Thus 1928 was truly a special year, in which the innovators of an art were able to continue making pictures with a clear end in sight.

How did filmmakers – actors, directors, writers, and all the other professionals that comprise a movie crew – respond to the silent screen’s last call? One thing is for certain: the silent cinema was far from dead. It was thriving with innovation, artistry, and entertainment. Moreover, the artform was still continuing to grow. With the influx of German émigrés such as F.W. Murnau and Paul Leni, expressionism was reinvigorating Hollywood and cinematography. Filmmakers as varied as Frank Borzage, John Ford, King Vidor, and Paul Fejos, were taking expressionism and, more than just giving it their own spin, were turning it into an fully American style that would come to dominate Hollywood production for the next several decades.

1928 also marks a division, of sorts, between two different eras of Hollywood idols. Many of the craftsmen behind the scenes continued to have successful careers well into the sound era, particularly directors such as Ford, Vidor, and Borzage. Sadly, Murnau and Leni suffered untimely deaths – Leni in 1929 of blood poisoning, and Muranu in 1931 in a car accident – that cut short their careers. As it is, we can only speculate of the heights they could have attained, had they the opportunity to continue making movies. 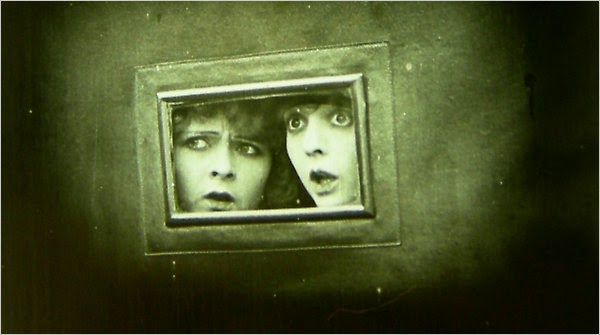 The faces of the silent screen, however, would be noticeably different. Lillian Gish, Douglas Fairbanks, Mary Pickford, Louise Brooks, and even Charlie Chaplin—these were the first generation of Hollywood royalty. But after the coming of sound, their careers would be severely diminished, at least on-screen. Chaplin’s productivity halted to a couple films per decade; Gish worked mainly on the stage, and later on television, returning to the cinema only on rare occasions; Pickford and Brooks gave up after a few sound picture, as did Fairbanks. Comedians such as Buster Keaton, Harold Lloyd and Harry Langdon were still active into the talking era, however their status was marginal compared their hay days in the 1920s. Other actors, however, such as Greta Garbo, Joan Crawford, and Gary Cooper (to name only a few) would continue successfully into the sound era.

Did the “talkies” kill the “silents”? In some ways, yes, the rivalry is as simple as that. Hollywood has always been an industry, and it always goes in the direction of profit. When “talkies” promised increased revenue, that’s where producers invested their time and money. But in other ways, the “talkies” never killed the “silents” because silent cinema never truly died. While some of the personnel were not able to make the transition, others certainly did. And while it took some years for sound technology to catch up to the sophistication of the camera, once it became a tool rather than a hindrance, the camera began to move with the same grace it did during the silent era. But most important, silent cinema never died because we still have the films. That so many are still lost and will never be recovered is an undeniably tragedy, but those do survive continue to astound, entertain, and inspire viewers some eighty years later… 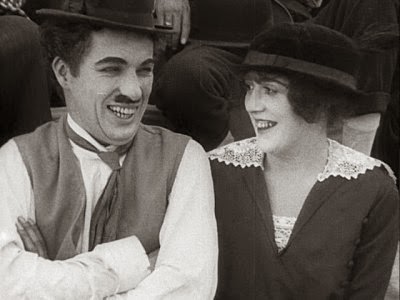