WHAT A CHARACTER: VICTOR GARBER 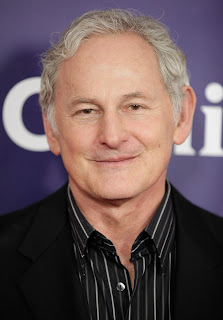 I was inspired to write this profile of actor Victor Garber, as I listen to the broadway soundtrack to the revival of Damn Yankees from 1994. He is an actor that has been almost everywhere, but you may not recognize him just by his name. In addition to that Tony nominated role, I also remember Garber in the overrated movie Titanic (1996) as the designer of the doomed vessel. Also, he had a memorable role as Sid Luft in the television movie Life With Judy Garland - Me And My Shadow (2001). For years now Victor Garber has been a favorite of television, movie, and broadways audiences alike.

Born in London, Ontario in 1949, Garber is of Russian Jewish descent; his parents were Joe Garber (died 1995), and wife, Hope Wolf (an actress, singer, and the host of At Home with Hope Garber). He has a brother, Nathan, and a sister, Alisa. When Garber was twelve, he was diagnosed with Type 1 Diabetes. He attended Ryerson Elementary School. He also was enrolled in the children's program of the Grand Theatre, and at age 16 he was accepted at a six-week summer theatre training program at the University of Toronto taught by Robert Gill.

In 1967, after a period working as a folk singer, he formed a folk band called The Sugar Shoppe with Peter Mann, Laurie Hood and Lee Harris. The group enjoyed moderate success, breaking into the Canadian top 40 with a version of Bobby Gimby's song "Canada" in 1967. Three other Sugar Shoppe songs made the lower reaches of the Canadian top 100 in 1967 and '68, and the band even performed on The Ed Sullivan Show and The Tonight Show Starring Johnny Carson before breaking up.

He is most well known for his portrayal of Jack Bristow on ABC's show, Alias, for which he earned three Emmy nominations. He recently appeared on the now-canceled television series Justice on Fox and ABC's Eli Stone. His most recent TV appearance is as a mysterious character named "Olivier Roth" in 4 episodes of the Canadian science drama ReGenesis. He appeared in the third episode of the Fox series Glee as Will's father. 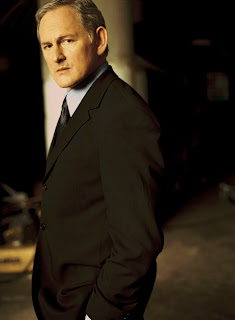 In 1998, he co-starred on Broadway in the Tony Award-winning play Art with Alan Alda and Alfred Molina. He continues to be a sought-after theatrical performer in musicals, comedies and dramatic productions. In 2005, he played the role of Frederic in the LA Opera's production of Sondheim's A Little Night Music. He played the male lead in a critically hailed Encores presentation of Follies in 2007, with Donna Murphy. In mid-2007, he played the role of Garry Essendine in a production of Noel Coward's Present Laughter at Boston's Huntington Theatre. He reprised the role in the Roundabout Theatre's New York production which opened in January 2010 to generally favorable reviews.

Victor Garber last appeared in 2012's Argo, and he is currently shooting two more movies. Garber prefers to keep his personal life private and has largely stayed out of the tabloids. He is close friends with director JJ Abrams, Jennifer Garner, and Ben Affleck and often appears with them offscreen as well as on screen. Garber referred publicly to his homosexuality in 2012. In 2013, he said "I don't really talk about it but everybody knows." As of 2013, he lives in New York with his partner of almost 13 years. Despite what role Victor Garber has - whether big or small - he always adds one thing to the role and that is character... 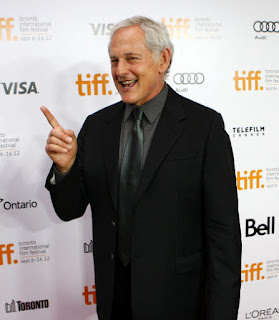