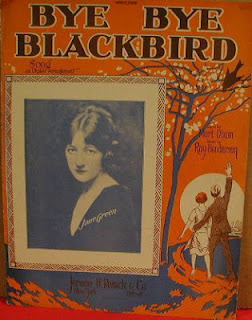 "Bye, Bye, Blackbird" is a song published in 1926 by the American composer Ray Henderson and lyricist Mort Dixon. It is considered a popular standard and was first recorded by Gene Austin in 1926. It was the #16 song of 1926 according to Pop Culture Madness. In 1982, the Recording Industry Association of America (RIAA) posthumously awarded John Coltrane a Grammy Award of " Best Jazz Solo Performance" for the work on his album, Bye Bye Blackbird. Recordings of the song often include only the chorus; the verses are far less known.

The song was also copied by Charlie and His Orchestra, German Karl Schwedler, of The Templin Band during World War II as part of Joseph Goebbels' propaganda campaign. But the lyrics were changed to reflect the German political rhetoric of the time and intended to demoralize the Allied forces. The tune(s) were sung in English and aimed at United States and British troops, as well as British citizens. The song and melody were not permitted to be played in Nazi Germany because the Nazi leadership forbade progressive styles of music such as jazz.

Paul McCartney recorded the song for his 2012 album Kisses on the Bottom. McCartney said that "A lot of these songs, like 'Bye Bye Blackbird', were ones that I'd sung along with" at family gatherings.

There is much speculation about the meaning of the song. At least two commentators tribute the song to a prostitute's leaving the business and going home to her mother. As such, it is the opposite of "House of the Rising Sun," where the prostitute returns to the business. The reason for the song's apparent ambiguity is that the opening verse and the verses about the bluebird are rarely sung.

I have many recordings of this song, and it  is one of my all time favorite songs (despite what some people think the lyrics mean). My favorite recording of the song is a mournful and soulful version of the song by Peggy Lee from the movie "Pete Kelly's Blues" (1959). Another favorite version is one sung by my son. Even though he is not a professional singer, there is just something cute about a three year old singing the song... 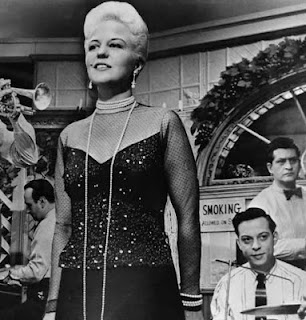