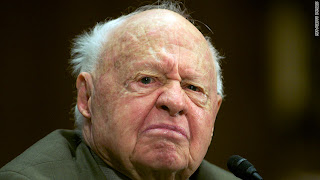 The sad saga of Mickey Rooney's life continued to be played out in courts. A probate court judge today approved the sale of actor Mickey Rooney's long-time home in Westlake Village after the 92-year-old moved into a smaller residence because of his failing health.

Los Angeles Superior Court Judge Reva Goetz gave the nod to Kapilack Investments LLC in West Hills to buy the home for $1.03 million. The proceeds will be split, with Rooney getting $500,000 and his current wife, Janice Rooney, getting $525,000.

Attorney Michael Augustine, Rooney's conservator, said after the hearing that Rooney could no longer climb the stairs at his Westlake Village home, so he has moved to the one-story residence of the entertainer's stepson, Mark Rooney, and his wife, Charlene, in the west San Fernando Valley.

Augustine also said Rooney and his wife will be living apart, but no formal legal procedures to end the marriage will be undertaken.

Despite Rooney's age, Augustine said the actor continues to make public appearances and was a passenger on the Turner Classic Movie Classics Cruise that sailed last month from Miami to Mexico. He also said Rooney recently made a public service announcement on behalf of military veterans.

In September 2011-- amid allegations by Augustine that the actor's stepson, Christopher Aber, and his wife,
Christina , financially and verbally abused the former child star for a decade, leaving the entertainer powerless over his assets and personal life -- Goetz gave court protection to the actor by naming Augustine as his conservator.

Janice Rooney's lawyer, Yevgeny Belous, said outside the courtroom that the Westlake Village home had sentimental value for his client, who lived at the location with the former child star for many years."But things change and it was time to move on," Belous said.

Although Rooney and his wife have reached agreement on most of the issues between them, still unresolved are the allegations concerning the Abers. Rooney's attorneys allege the two are liable for breach of fiduciary duty and fraud stemming from elder abuse, along with misappropriation of the actor's name and likeness, and are seeking a permanent injunction against the couple as additional protection for Rooney.

According to the complaint, Aber took advantage of the trust and confidence that Rooney put in him, and in the process took control of the actor's income and finances to enrich himself and his wife, while leaving Rooney no control over or access to his finances.

The petition alleges that the Abers regularly withheld food and medication from the actor, leading to bouts of depression.

Rooney's film career dates back to his teens, when he was one of Hollywood's most famous child stars, beginning with his role as Andy Hardy... 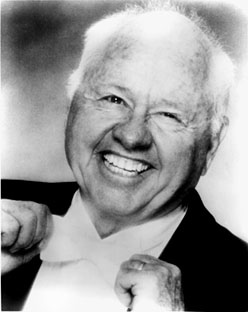