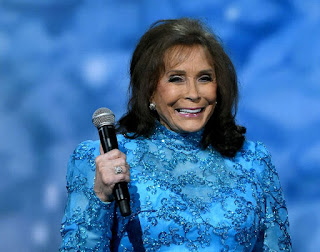 She died Tuesday at her home in Hurricane Mills, Tennessee.

Her family released a statement, which reads:

“Our precious mom, Loretta Lynn, passed away peacefully this morning, October 4th, in her sleep at home at her beloved ranch in Hurricane Mills.”

Her family has asked for privacy during this time, as they grieve. An announcement regarding a memorial will be released later in a public announcement.

The coal miner’s daughter from Kentucky became an icon for her progressive lyrics about life and love and growing up in rural Appalachia. 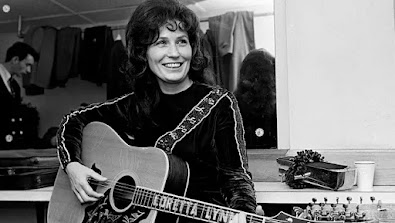 She was the first woman ever named entertainer of the year by the Country Music Association in 1972 and then by the Academy of Country Music three years later.

Her biggest hits came in the 1960s and ’70s, including “Coal Miner’s Daughter,” “You Ain’t Woman Enough,” “The Pill,” “Don’t Come Home a Drinkin’ (With Lovin’ on Your Mind),” “Rated X” and “You’re Looking at Country.” She was known for appearing in floor-length, wide gowns with elaborate embroidery or rhinestones, many created by her longtime personal assistant and designer Tim Cobb.

“Coal Miner’s Daughter,” also the title of her 1976 book, was made into a 1980 movie of the same name. Sissy Spacek’s portrayal of Lynn won her an Academy Award and the film was also nominated for best picture.

She and her husband “Doo” or “Doolittle, were married nearly 50 years before he died in 1996. They had six children: Betty, Jack, Ernest and Clara, and then twins Patsy and Peggy. She had 17 grandchildren and four step-grandchildren... 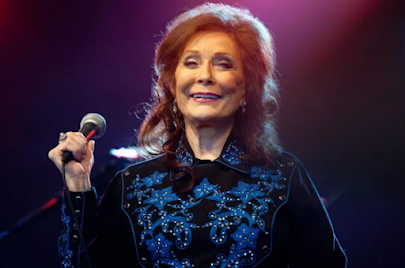 Posted by David Lobosco at 9:27 AM