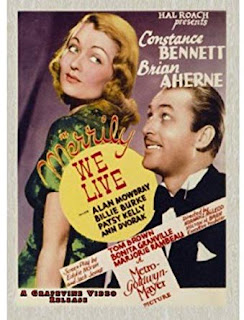 The late film guru Bruce Kogan is back his review of a 1938 film that I have never seen. His review makes me want to check it out though...

This was a film I never thought I would see. Not out on DVD it apparently wasn't shown for years. That's a pity because any film with 5 Oscar nods including Best Supporting Actress for Billie Burke should not be lost.

If it looks familiar that's because producer Hal Roach took a lot of themes from My Man Godfrey. The Kilbournes here look a lot like the Bullocks there. Irascible father Clarence Kolb who likes a toot every now and then, scatterbrained mother Billie Burke and three spoiled children. Constance Bennett, Tom Brown, and Bonita Granville.

Brian Aherne is driving along one day and stops to get some water for an overheating engine and the brake slips and his vehicle plunges down a canyon. He walks and looks somewhat disheveled when he arrives at the Kilbourne country home looking for help.

Billie Burke who takes care of tramps as a hobby sizes up Aherne as one and hires him as a chauffeur. If you saw My Man Godfrey I think you have a fair idea where this is going. 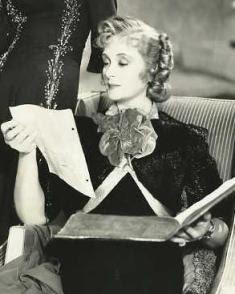 Hal Roach impeccably cast this film and some additional ones here are Ann Dvorak as a predatory society girl, Alan Mowbray as a stuffy butler and Patsy Kelly as a down to earth maid. I'm in complete agreement with another reviewer when he says he was impressed by Clarence Kolb's gift for physical comedy.

Sadly the reason that this film was not shown on TV for years was Willie Best at his shufflebutt worst. It was really offensive... 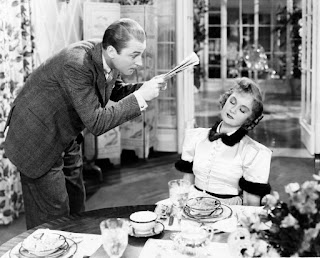