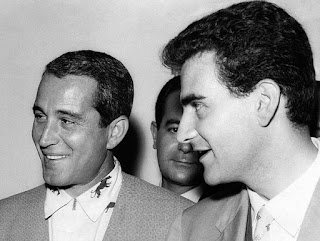 I am sad to report that I missed an obituary for the son of Perry Como. Ronald Como died in Janaury of this year. He was involved in some controversy back when Perry Como was in failing health. His sister and himself were fighting over who should take care of the elder Como...

GRANGER –Ronald “Ron” Perry Como of Granger, IN born on January 15th, 1940 in Chicago, Illinois, to the late Roselle Bellino Como and Perino Ronald “Perry” Como, had gone to meet his maker at the age of 78 on January 2nd, 2019. He “Went Home” surrounded by his family after a long battle with Parkinson’s Disease.

Ron attended the University of Notre Dame and graduated with his undergraduate degree in 1961 and earned his Master’s in Business Administration in 1963.Ron served his Country in the JROTC while attending Xavier High School in NY. During his time at Notre Dame, Ron was awarded a Purple Heart while serving active duty with the Marines in Cuba during the Cuban Missile Crisis.
Ron worked most of his career in the Aerospace and Automotive industries for Bendix/Allied Signal. Ron was easily identified as the guy who drove the old VW Beetle to work with the boat tied on top, even in the winter! In 1992, after more than 25 years of dedicated service, Ron retired as the Director of Labor Relations for Allied Signal in South Bend. 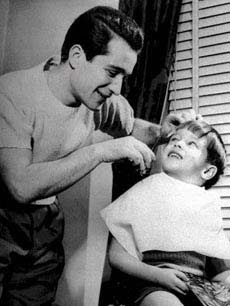 Ron was foremost a Husband, Father and Grandfather but also had a passion for the outdoors. Ron was an avid hunter, fisherman and photographer. Ron and his son, Ron Jr., spent countless days out on their property enjoying the wildlife and looking for that “perfect buck!” During the summer, Ron loved sitting peacefully on the deck of his home on Birch Lake surrounded by his wife Melanie and their children and grandchildren. The beauty and magic of the water and sunsets always brought a smile to his face and never got old! 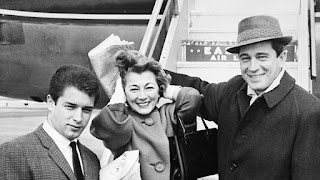 Ron was a long-time member and supporter of the Izaak Walton League of South Bend, IN. and the Edwardsburg conservation Club of Edwardsburg, MI.The family would like to extend our thanks to the caregivers who tirelessly spent hours taking care of “Mr. C” for the past 10 years. We are truly grateful for all your kindnesses. We could not have done this without you. God Bless all of you. Special thanks also go to the wonderful doctors especially Dr. Paula Toth – Russell, Dr. Brian Jacobs and the doctors at the Cleveland Clinic... 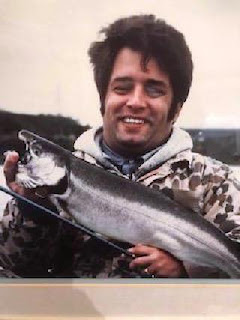