BORN ON THIS DAY: CLARK GABLE 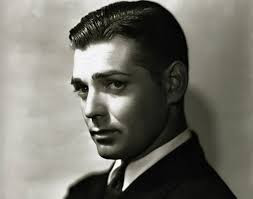 I have to admit even though I am a big classic movie fan, I have only seen a handful of Clark Gable movies. I do not like Gone With The Wind (1939), but I did enjoy Gable in 1936's San Francisco. Maybe this year will be finally the year for me to expand my horizon when it comes to Clark Gable's films. Today would have been Gable's 118th birthday! William Clark Gable was born in Cadiz, Ohio on February 1st, 1901, to William Henry "Will" Gable (1870–1948), an oil-well driller, and his wife, Adeline (née Hershelman). Gable was named William after his father, but even in childhood, he was almost always called Clark or sometimes Billy.

His mother died when he was ten months old, possibly from a brain tumor, although the official cause of death was given as an epileptic fit. William Gable refused to raise his son Catholic, which provoked criticism from the Hershelman family. The dispute was resolved when Will Gable agreed to allow his son to spend time with his maternal uncle, Charles Hershelman, and his wife on their farm in Vernon Township, Pennsylvania. 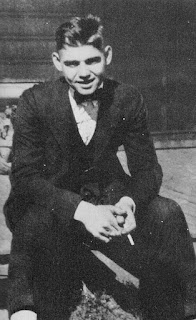 At 13, Gable was the only boy in the men's town band, playing the piano. He was very mechanically inclined and loved to strip down and repair cars with his father. Although his father insisted on Gable doing "manly" things, like hunting and hard physical work, Gable loved language. Among trusted company, he would recite Shakespeare, particularly the sonnets.

At 17, Clark Gable was inspired to be an actor after seeing the play The Bird of Paradise, but he was not able to make a real start until he turned 21 and inherited some money. By then,  his father moved to Tulsa, Oklahoma to go back to the oil business. Gable toured in stock companies, as well as working the oil fields and as a horse manager. He found work with several second-class theater companies, thus making his way across the Midwest to Seaside, Oregon, working as a logger, and to Portland, Oregon, where he worked as a necktie salesman in the Meier & Frank department store. In Portland, he met Laura Hope Crews, a stage and film actress, who encouraged him to return to the stage with another theater company. Twenty years later, Crews played Aunt Pittypat alongside Gable's Rhett Butler in Gone With the Wind (1939). 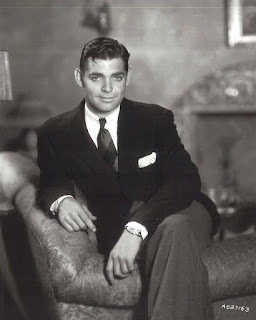 Gable's acting coach, Josephine Dillon — a theater manager in Portland – was 17 years older than him. She paid to have his teeth repaired and his hair styled. She guided him in building up his chronically undernourished body, and taught him better body control and posture. She spent considerable time training his naturally high-pitched voice, which he slowly managed to lower, to gain better resonance and tone. As his speech habits improved, his facial expressions became more natural and convincing. After a long period of training, Dillon considered him ready to attempt a film career. In 1924, with Dillon's financing, they went to Hollywood, where she became Gable's manager and first wife. His first movies were silent movies where he played an extra often. It wasn't until the advent of sound that Gable's career really took off, and the rest is history... 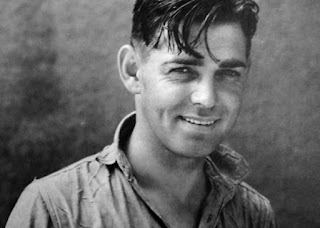