THE LAST DAYS OF MARLENE DIETRICH 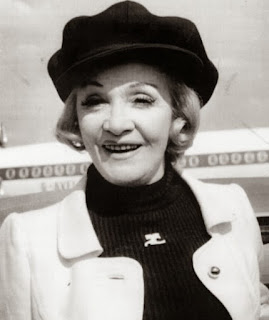 The great Marlene Dietrich was a cinema icon for decades. She also tried to create an illusion of being young even as she entered her 70s. Her final years were marked with sadness but also is showed how mentally active she stayed until the end. Dietrich's show business career largely ended on September 29, 1975, when she fell off the stage and broke her thigh during a performance in Sydney, Australia.[ The following year, her husband, Rudolf Sieber, died of cancer on June 24, 1976 Dietrich's final on-camera film appearance was a cameo role in Just a Gigolo (1979), starring David Bowie and directed by David Hemmings, in which she sang the title song.

An alcoholic dependent on painkillers, Dietrich withdrew to her apartment at 12 Avenue Montaigne in Paris. She spent the final 11 years of her life mostly bedridden, allowing only a select few—including family and employees—to enter the apartment. During this time, she was a prolific letter-writer and phone-caller. Her autobiography, Nehmt nur mein Leben (Take Just My Life), was published in 1979.

In 1982, Dietrich agreed to participate in a documentary film about her life, Marlene (1984), but refused to be filmed. The film's director, Maximilian Schell, was allowed only to record her voice. He used his interviews with her as the basis for the film, set to a collage of film clips from her career. The final film won several European film prizes and received an Academy Award nomination for Best Documentary in 1984. Newsweek named it "a unique film, perhaps the most fascinating and affecting documentary ever made about a great movie star". 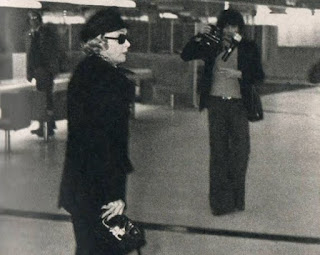 In 1988, Dietrich recorded spoken introductions to songs for a nostalgia album by Udo Lindenberg. In an interview with the German magazine Der Spiegel in November 2005, Dietrich's daughter and grandson claim that Dietrich was politically active during these years. She kept in contact with world leaders by telephone, including Ronald Reagan and Mikhail Gorbachev, running up a monthly bill of over US$3,000. In 1989, her appeal to save the Babelsberg studios from closure was broadcast on BBC Radio, and she spoke on television via telephone on the occasion of the fall of the Berlin Wall later that year.

On 6 May 1992, Dietrich died of renal failure at her flat in Paris at age 90. Her funeral ceremony was conducted at La Madeleine in Paris, a Roman Catholic church on 14 May 1992. Dietrich's funeral service was attended by approximately 1,500 mourners in the church itself—including several ambassadors from Germany, Russia, the US, the UK and other countries—with thousands more outside. Her closed coffin rested beneath the altar draped in the French flag and adorned with a simple bouquet of white wildflowers and roses from the French President, François Mitterrand. Three medals, including France's Legion of Honour and the US Medal of Freedom, were displayed at the foot of the coffin, military style, for a ceremony symbolising the sense of duty Dietrich embodied in her career as an actress, and in her personal fight against Nazism. The officiating priest remarked: "Everyone knew her life as an artist of film and song, and everyone knew her tough stands... She lived like a soldier and would like to be buried like a soldier". By a coincidence of fate her picture was used in the Cannes Film Festival poster that year which was currently pasted up all over Paris. 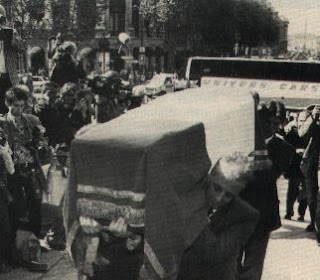 After the fall of the Berlin Wall, Dietrich instructed in her will that she was to be buried in her birthplace, Berlin, near her family; on 16 May her body was flown there to fulfill her wish. Dietrich was interred at the Städtischer Friedhof III, Berlin-Schöneberg, next to the grave of her mother, Josefine von Losch, and near the house where she was born. 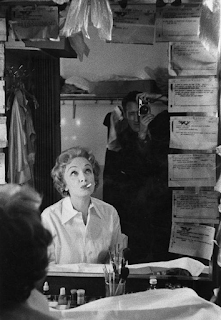