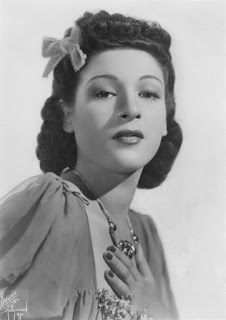 One of the singing icons of the big band era has died. Songbird Bea Wain died on August 20th at the age of 100. Bea Wain wasborn Beatrice Weinsier on April 30, 1917 in the Bronx, New York City. She had a number of hits with Larry Clinton and his Orchestra. After her marriage she and her husband became involved in radio.

On a 1937 recording with Artie Shaw, she was credited as Beatrice Wayne, which led some to assume that was her real name. On record labels, her name was shortened (without her permission) to "Bea" by the record company, ostensibly for space considerations. As she explained, "They cut it to 'Bea' Wain. They cut the 'Beatrice' out to 'Bea.' I was just a little old girl singer, but that's the truth. So that's how my name became 'Bea Wain'."

Wain made her debut on radio at age six as a "featured performer" on the NBC Children's Hour. Wain had four No. 1 hits: "Cry, Baby, Cry", "Deep Purple", "Heart and Soul", and her signature song, "My Reverie".

On May 1, 1938, Wain married radio announcer André Baruch. Their honeymoon in Bermuda was cut short when Fred Allen called Baruch asking him to return to New York to substitute for his ailing announcer, Harry von Zell. They were married for 53 years. Baruch died in 1991. The couple had two children, Bonnie and Wayne. 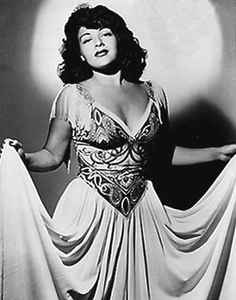 Following her musical career, the couple worked as a husband-and-wife disc jockey team in New York on WMCA, where they were billed as "Mr. and Mrs. Music". In 1973, the couple moved to Palm Beach, Florida, where for nine years they had a top-rated daily four-hour talk show from 2 pm - 6 pm on WPBR before relocating to Beverly Hills. During the early 1980s, the pair hosted a syndicated version of Your Hit Parade, reconstructing the list of hits of selected weeks in the 1940s and playing the original recordings.

In a 2004 interview with Christopher Popa, Wain reflected: "Actually, I've had a wonderful life, a wonderful career. And I'm still singing, and I'm still singing pretty good. This past December, I did a series of shows in Palm Springs, California, and the review said, "Bea Wain is still a giant." It's something called Musical Chairs. I did six shows in six different venues, and I was a smash. And I really got a kick out of it."... 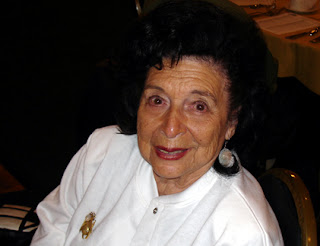