BORN ON THIS DAY: WILL GEER 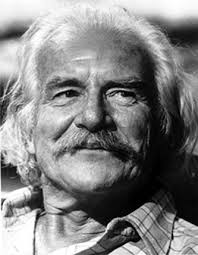 I have to admit I was born too late to appreciate the television show The Waltons as much of America still does. I was never much of a western fan either, but Will Geer was an important part of both. He was born today - March 9th in 1902. Geer was born in Frankfort, Indiana, the son of Katherine (née Aughe), a teacher, and Roy Aaron Ghere, a postal worker. He was deeply influenced by his grandfather, who taught him the botanical names of the plants in his native state. Geer started out to become a botanist, studying the subject and obtaining a master's degree at the University of Chicago. While at Chicago he also became a member of Lambda Chi Alpha Fraternity.

Geer made his Broadway debut as Pistol in a 1928 production of Much Ado About Nothing, created the role of Mr. Mister in Marc Blitzstein's The Cradle Will Rock, played Candy in John Steinbeck's theatrical adaptation of his novella Of Mice and Men, and appeared in numerous plays and revues throughout the 1940s. From 1948 to 1951, he appeared in more than a dozen movies, including Winchester '73, Broken Arrow, Comanche Territory (1950) and Bright Victory.

Geer became a member of the Communist Party of the United States in 1934. Geer was also influential in introducing Harry Hay to organizing in the Communist Party. In 1934, Geer and Hay gave support to a labor strike of the port of San Francisco; the 1934 West Coast waterfront strike lasted 83 days. Though marred by violence, it was an organizing triumph, one that became a model for future union strikes. Geer became a reader of the West Coast Communist newspaper, the People's World. 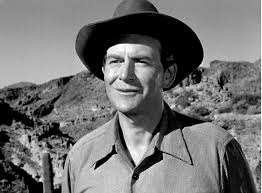 In 1950, Geer played Wyatt Earp in the James Stewart film Winchester 73. However, Geer was blacklisted in the early 1950s for refusing to testify before the House Committee on Un-American Activities. As a result, Geer appeared in very few films over the following decade.

In 1972, he was cast as Zebulon Walton, the family patriarch on The Waltons, a role he took over from Edgar Bergen, who played the character in the pilot. He won an Emmy for Outstanding Supporting Actor in a Drama Series for The Waltons in 1975. When Geer died, shortly after completing the sixth season of The Waltons, the death of his character was written into the show's script as well. His final episode, the last episode of the 1977–78 season, depicted his being reunited with his onscreen wife Esther (Ellen Corby, who played the character, had been absent for the entire season, due to a stroke). Geer's character was mourned onscreen during the first episode of the 1978–79 season. As Will Geer was dying on April 22, 1978, of respiratory failure at the age of 76, his family sang Guthrie's "This Land Is Your Land" and recited poems by Robert Frost at his deathbed. Geer's remains were cremated; his ashes are buried at the Theatricum Botanicum in the "Shakespeare Garden" in Topanga Canyon, near Santa Monica, California.... 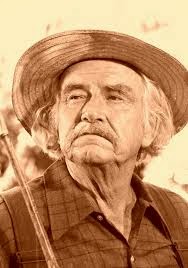