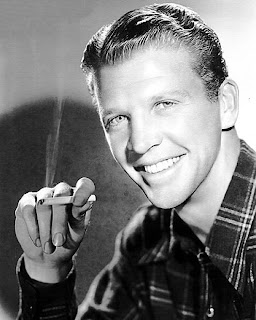 When you hear about the classic movie dancing greats you automatically think of Fred Astaire and Gene Kelly and rightfully so. However there are a lot of capable dancers that left their mark on Hollywood. One such dancer that comes to mind was Dan Dailey. He lacked the polish of Fred Astaire, and the athletics of Gene Kelly, but he was 20th Century Fox's answer to the both of them in the 1940s, and he deserves to be remembered.

Born in New York City on December 14, 1915, to James J. and Helen Dailey, both born in New York City. He appeared in a minstrel show when very young, and appeared in vaudeville before his Broadway debut in 1937 in Babes in Arms. In 1940, he was signed by MGM to make movies and, although his past career had been in musicals, he was initially cast as a Nazi in The Mortal Storm. However, the people at MGM realized their mistake quickly and cast him in a series of musical films.

He served in the United States Army during World War II, was commissioned as an Army officer after graduation from Signal Corps Officer Candidate School at Fort Monmouth, NJ. He then returned Hollywood to more musicals. Beginning with Mother Wore Tights (1947) Dailey became the frequent and favorite co-star of movie legend Betty Grable. His performance in their film When My Baby Smiles at Me in 1948 garnered him an Academy Award nomination for Best Actor. In 1950, he starred in A Ticket to Tomahawk, often noted as one of the first screen appearances of Marilyn Monroe, in a very small part as a dance-hall girl. He portrayed baseball pitcher Dizzy Dean in a 1952 biopic, Pride of St. Louis.

One of his most notable roles came in There's No Business Like Show Business (1954), which featured Irving Berlin's music and also starred Ethel Merman, Marilyn Monroe, Johnnie Ray, and Donald O'Connor, whose wife Gwen divorced O'Connor and married Dailey at about the same period.

As the musical genre began to wane in the mid-1950s, he moved on to various comedic and dramatic roles, including appearing as one of The Four Just Men (1959) in the Sapphire Films TV series for ITV, his television series, The Governor & J.J. and the NBC Mystery Movie series "Faraday & Company". His sister was Another World actress Irene Dailey.

A rumor that Dan Dailey was a cross dresser came out in the late 1950s, and it damaged his career. With the downfall of the American movie musical, his career was also hurt further. Dailey was always a heavy drinker, but when his only son committed suicide in 1975, it further sent him on a downhill spiral. Dailey broke his hip in 1976 while performing in The Odd Couple, and died on October 16, 1978 of anemia. He is an example of another talented star whose fame did not shine bright long enough in Hollywood... 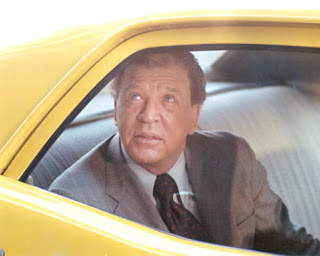