WINGS AND ITS RESTORATION 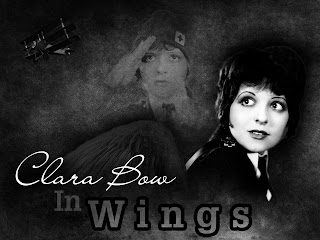 One of the favorites for a best picture Oscar nomination this year is the black-and-white silent French film "The Artist." And if the story about the infancy of talkies in Hollywood does earn the top Academy Award, "The Artist" will be the first silent to win the honor since the very first best picture winner, 1927's World War I epic "Wings," directed by William Wellman. In honor of the 85th anniversary of "Wings" and the centennial of Paramount Pictures, the studio that produced the classic, the film starring Buddy Rogers, Richard Arlen, Clara Bow and a young Gary Cooper has been digitally restored. It is making its long-awaited debut on DVD and Blu-ray on Jan. 24.

On Wednesday, the Academy of Motion Picture Arts and Sciences will be unveiling this new restoration, which includes the original color tints as well as sequences that used an early color process called Handschliegl. The process had been used in the black-and-white film to highlight gunfire and flames from the planes. Clark Wilson will provide live organ accompaniment.

Produced for what was then a staggering $2 million, "Wings" changed the landscape of filmmaking with its masterful aerial and battle sequences that featured thousands of real soldiers as extras. Rogers and Arlen play small town rivals who become fighter aces and friends during the Great War; Bow is the girl who loves Rogers. Though Cooper has a tiny part as a doomed pilot, he was so impressive that his appearance made him a star.

Academy programmer Randy Haberkamp said, " 'Wings' is a reminder of not only where we came from, but how visual storytelling is still the essence of great movies. 'Wings' was a blockbuster in the same sense of 'Avatar' and 'Star Wars.' It was screened with live sound effects and full orchestra in Magnascope, a precursor to Imax, and all of these amazingly photographed live stunts, pre-CGI, that had everybody in the seat of the cockpit."

"Wings" had been photochemically restored by preservationist/historian Kevin Brownlow, as well as by the Academy Film Archive. Andrea Kalas, vice president of archives at Paramount, worked closely with the academy and Brownlow on the restorations.

The original nitrate negative and early material had long disappeared, so Paramount searched the world for the best remaining elements, finally finding the most comprehensive print — a duplicate negative made from a nitrate print in the late 1950s — in its own vaults.

"Working with Technicolor, I think we brought the picture back to something that really honors the film," Kalas said. 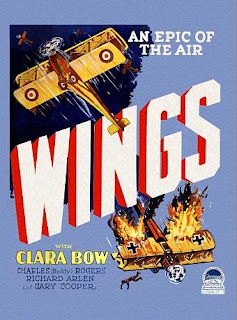 The DVD will have sound effects created by Oscar-winning sound designer Ben Burtt and his team at Skywalker Sound, as well as the original orchestral score.

The director's actor/writer son William Wellman Jr. was very involved in the restoration and was a participant in the bonus features for the DVD. When he first saw the new restoration, "I could hardly speak when I came out of the theater," he said, adding that the color sequences "had a whole new look to the picture."

Paramount heads Adolph Zukor and Jesse Lasky had been in preproduction on the film for four months before Wellman was hired to direct. It was B.P. Schulberg, head of production, who recommended the 30-year-old Wellman because he was the only Paramount director under contract who had battle experience. Wellman had been a decorated fighter pilot during World War I.

"He had seen all the action that was going to be shown in 'Wings,'" his son said. "There had been plenty of films about World War I, but no one had ever made a movie about the Great War in the air." 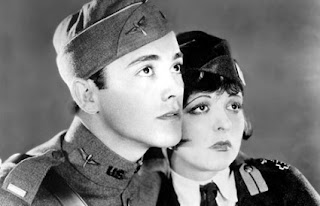 After two months on location in San Antonio, William Wellman, whose feisty personality earned him the nickname "Wild Bill," rankled the Paramount brass when he threw out two months of flying sequences he had shot. "It looked terrible," his son said. So his father and the crew "had to invent and create the technology for the aerial effects in the movie. He wanted it to be so real, especially since he had lived it."