Posted by David Lobosco at 12:12 PM No comments:

Labels: Bing Crosby, music break, Once In A While 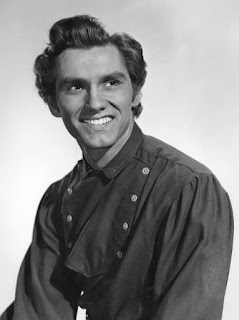 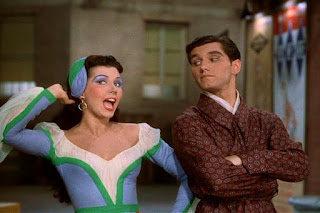 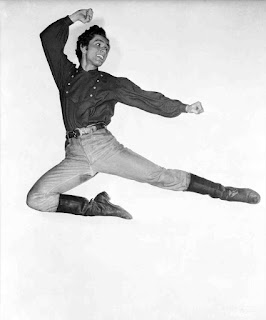 Posted by David Lobosco at 5:08 AM No comments: 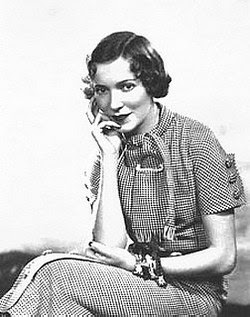 One of Fred Astaires's best and earliest partners was not Ginger Rogers. His own sister Adele was his first partner when they started out in vaudeville. Born Adele Marie Austerlitz in Omaha, Nebraska, on September 10, 1897, she was the daughter of Frederick Emanuel Austerlitz and his wife, Johanna "Ann" Austerlitz. Her father was a beer brewer from Vienna, Austria. In 1905, she began a successful vaudeville act with her younger brother, Fred, developing it into a career on Broadway and the London stage. One of their most famous steps, incorporated into most of their shows, was the “oompah trot” or the runaround, where Adele and Fred, side by side, would ape riding in huge circles on an imaginary bicycle. Audiences went wild for this particular antic, especially in London, where the bright-eyed, exuberant Americans were welcomed even more enthusiastically than in their own country. The diminutive, dark-haired comedian starred in 11 musicals with her brother, who was two years her junior. Among the more memorable were ''Funny Face,'' ''Lady, Be Good,'' ''The Band Wagon,'' ''For Goodness' Sake'' - retitled ''Stop Flirting'' in London - and ''Apple Blossoms.''


While in London, she became a favorite with Britain's royalty, and in 1932, after starring with her brother in the Broadway play "The Band Wagon" she retired from the stage to marry British Lord Charles Arthur Cavendish, the second son of the 9th Duke of Devonshire. 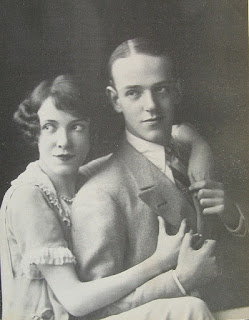 The couple lived in Lismore Castle in Ireland, where she gave birth to three children, a daughter and twin sons. Following Lord Cavendish's death in 1944, three years later she married Colonel Kingman Douglass, an American Air Force officer and Investment Banker, who later became Assistant Director of the Central Intelligence Agency. While her brother achieved fame and success in Hollywood during the 1930s, in 1936, she gave serious consideration to making a musical film there with her brother, but changed her mind after visiting him and feeling intimidated by his overwhelming reputation.

So, in 1937, she began filming in England with Maurice Chevalier, but after just two days, she withdrew from the film project, feeling that the film would not work for her. An outgoing person, she made numerous friends and was often in Hollywood society. In 1971, she and her brother Fred were both inducted into the Theater Hall of Fame. Adele Douglass died in Tucson, Arizona from a stroke at the age of 84. Just prior to her death, she had donated her papers and memorabilia to the Howard Gotlieb Archival Research Center.

Astounding as it may be to contemplate, it was Adele Astaire whom in their days as a team was regarded as the truly talented one. When she retired from the brother-sister act in 1932, the public feeling was very much a case of “What will HE do?” Astaire’s hopes for himself weren’t even that great. Fortunately, he went on to prove the world and himself wrong. However, Adele was probably the single most important woman in the early days of Fred's career...

Posted by David Lobosco at 9:05 AM No comments:

On October 14, it will mark 43 years since Bing Crosby died on the golf course in Spain. It is amazing how the years have flown by. To commemorate his sad passing, we are going to have a week of music breaks in his honor from October 10 through October 16.

On October 14, we will play the last song Bing ever recorded - the touching Once In A While. Join me and let's pay tribute to the greatest entertainer of the modern age - Bing Crosby... 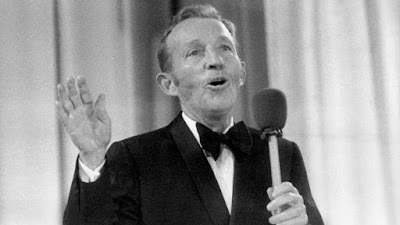