BORN ON THIS DAY: EDDIE CANTOR 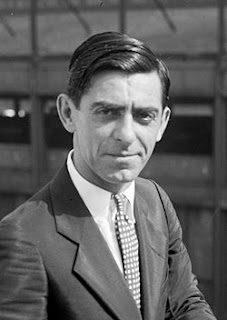 It is amazing - but Eddie Cantor is now 120 years old. Many younger people do not appreciate the talent of Cantor and how popular he was in the 1930s. The lack of recognition for him could be because of the blackface routine he incorporated into many of his numbers, or it could be the songs and musical numbers themselves that may seem dated to audiences in 2012. Cantor, like Al Jolson, was a masterful entertainer that could truly capitivate crowds.

Cantor was born Edward Israel Iskowitz on January 31, 1892 in New York City, the son of Russian-Jewish immigrants, Meta and Mechel Iskowitz. His mother died in childbirth one year after his birth, and his father died of pneumonia when Eddie was two, leaving him to be raised by his beloved grandmother, Esther Kantrowitz. As a child, he attended Surprise Lake Camp. A misunderstanding when signing her grandson for school gave him her last name of Kantrowitz (shortened by the clerk to Kanter). Esther died on January 29, 1917, two days before he signed a long-term contract with Florenz Ziegfeld Jr. to appear in his Follies.

He had adopted the first name "Eddie" when he met his future wife Ida Tobias in 1903, because she felt that "Izzy" wasn't the right name for an actor. Cantor married Ida in 1914. They (famously) had five daughters, Marjorie, Natalie, Edna, Marilyn and Janet, who provided comic fodder for Cantor's longtime running gag, especially on radio, about his five unmarriageable daughters. Several radio historians, including Gerald Nachman (Raised on Radio), have said that this gag did not always sit well with the girls.

He was the second president of the Screen Actors Guild, serving from 1933-1935. He invented the title "The March of Dimes" for the donation campaigns of the National Foundation for Infantile Paralysis, which was organized to combat polio. It was a play on the March of Time newsreels popular at the time. He began the first campaign on his own radio show in January 1938, asking people to mail a dime to the nation's most famous assumed polio victim, President Franklin D. Roosevelt. Other entertainers joined in the appeal via their own shows, and the White House mail room was deluged with 2,680,000 dimes.

Following the death of daughter Marjorie at the age of 44, both Eddie's and Ida's health declined rapidly. Ida died in August 1962 of "cardiac insufficiency". On October 10, 1964 in Beverly Hills, California, Eddie Cantor suffered another heart attack and died, aged 72. He is buried in Hillside Memorial Park Cemetery. Cantor was awarded an honorary Academy Award the year of his death, for distinguished service to the film industry... 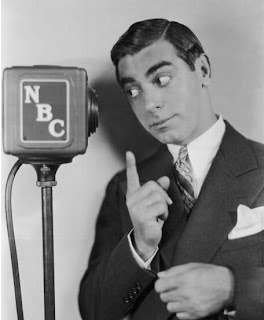